Burbank takes its name from Dr. David Burbank (1821-1895), a New Hampshire-born, Maine-raised dentist who moved to San Francisco in 1853 (where he married his wife Clara) then to Los Angeles in 1866. Around that time, Burbank purchased some 4,600 acres of Rancho San Rafael from Jonathan R. Scott and another 4,600 acres of Rancho La Providencia from David W. Alexander and Francis Mellus – all for less than $1 an acre. Burbank got rich raising sheep on his new mega-ranch and quit his dental practice in 1872. But following a severe sheep-killing drought, he unloaded most of his property for $250,000 in December 1886. The buyers were the Providencia Land, Water and Development Co., who established the town of Burbank here the following year. (Dr. Burbank himself was a stockholder.) Not much else is known about David Burbank the man; he and Clara had two daughters, one of whom died at 10, and he had a passion for theater, opening his own venue in DTLA in 1893. (The stress of running it may have killed him.) Burbank Boulevard was known as Center Avenue until 1924. 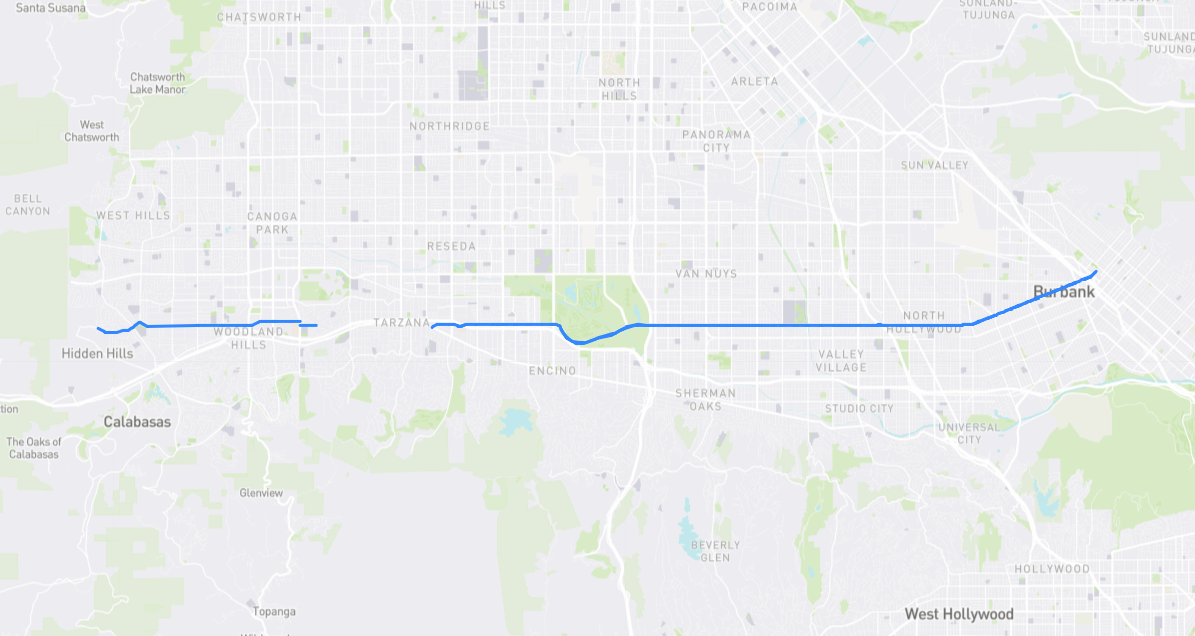