No “Road” or “Avenue” required: this street is called Lindaraxa Park, period. (There is a park here, but it’s more of an ultra-wide median.) It originated around 1912 as Court Lindaraxa and took its current name by 1928. It was inspired by a patio garden at the Alhambra in Granada, Spain. More commonly spelled “Lindaraja” or “Daraxa”, said garden was described by Washington Irving in his 1832 travelogue Tales of the Alhambra. (He spelled it “Lindaraxa”, so developers of our Alhambra followed suit.) Irving wrote that Lindaraxa was the daughter of a 15th century Málaga governor, a favorite of Sultan Muhammad VIII “the Left-Handed”, and that she lived at the Alhambra above her namesake patio. It’s probably apocryphal, but it’s where we get the name. 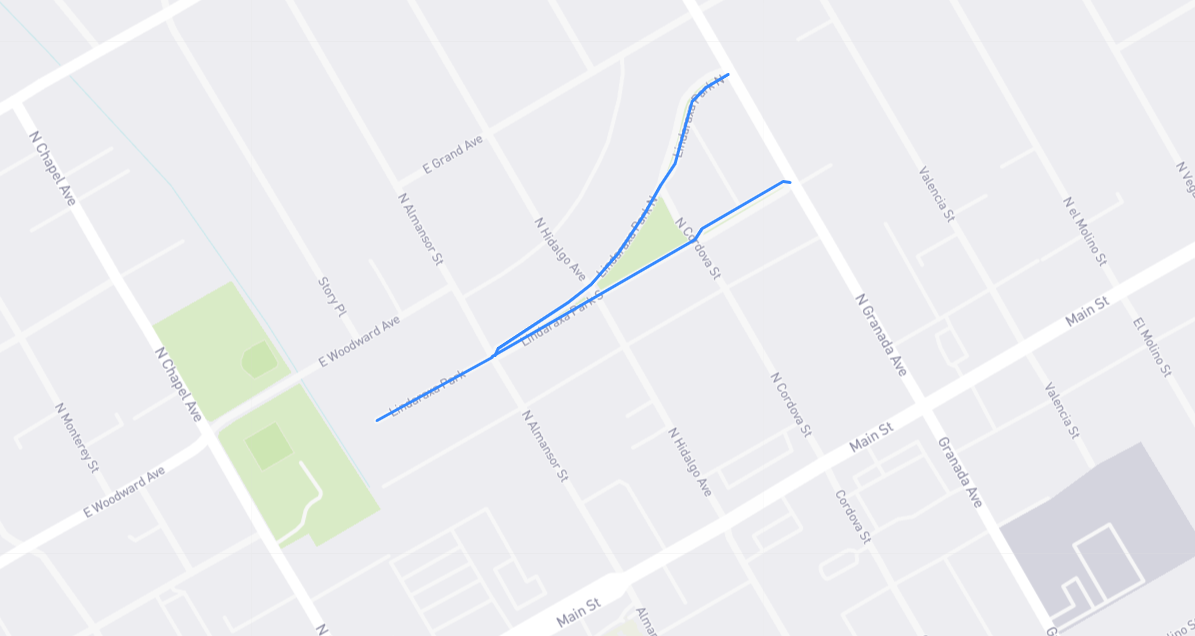