William G. McCadden (1844-1935) was a Hollywood real estate man with his share of family drama. Born in New York, McCadden lived in Minnesota for many years. Between 1886 and 1893, he lost three of his four teenage children and his first wife. He married second wife Carrie Dale in 1896; four years later, he moved to New Mexico to invest in mining – accompanied not by Carrie but by his surviving daughter Jennie (1873-1947). McCadden’s mine must have paid off, as he and Jennie settled in Hollywood in 1903 on 4.5 acres. McCadden Place, where they lived in separate homes, was named in 1905. That year McCadden officially divorced Carrie and took up with a young widow named Clara Andrus, whom he married in 1907. Jennie herself had married McCadden’s business partner Howard W. Wood in 1904, but they split in 1912. Then came a contentious, yearlong legal battle to remove Wood from their home. (Wood won the case and stayed until 1915.) Perhaps desirous to get away from Wood, the McCaddens, including Jennie, moved to Irwindale in 1913. They finally settled in Beverly Hills in 1922. 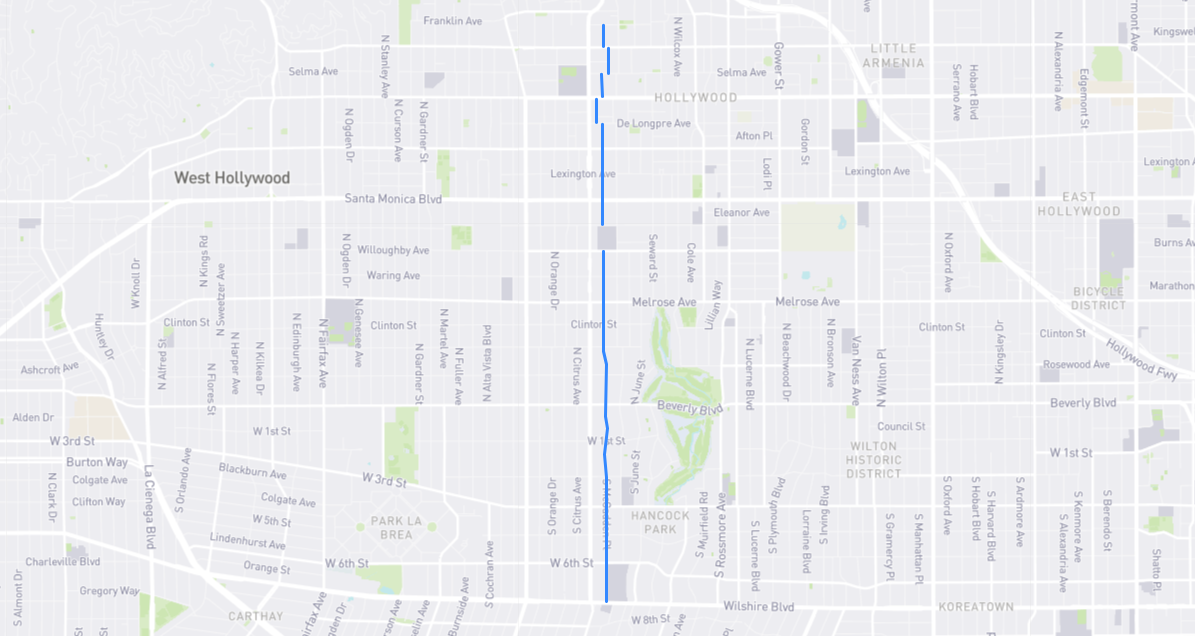