This must seem a strange street name if you only know “ozone” in terms of the ozone layer, that part of Earth’s stratosphere which absorbs ultraviolet light. Back back in 1902, when this street was named, “ozone” meant fresh, sweet-smelling air, the kind you could inhale at the Santa Monica shore. (The root of the word is the Greek ozein: “to smell”.) Ironically, real ozone – not the stratospheric stuff, but what you find at ground-level – is a toxic, foul-smelling gas: a major component of smog. Ozone Avenue was named on the Golden Bay tract, owned by Abbot Kinney and partners on seaside land sold to them by Matilda Dudley (formerly Brooks). Its inland extension was laid out in 1905. Don’t ask me why parts of it are called Ozone Street. 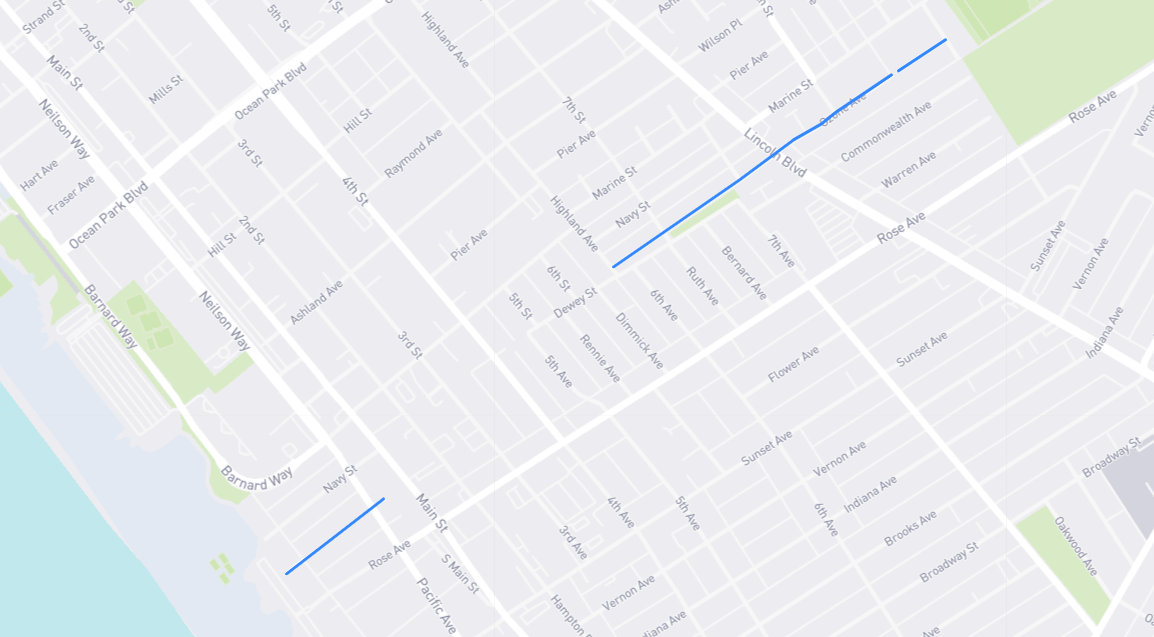