You’d be hard-pressed to find 10th Street in Los Angeles. Most of it was renamed Olympic Boulevard in honor of the 1932 Summer Olympics. It being the 10th Olympiad was apparently coincidence; plans to expand 10th Street into a fully paved, citywide artery were already underway in 1928. In fact this expansion caused some legal drama, namely over the widening of the road: homeowners, as usual, were anti-development. In any event, decades later, tiny bits of 10th Street still exist here and there. 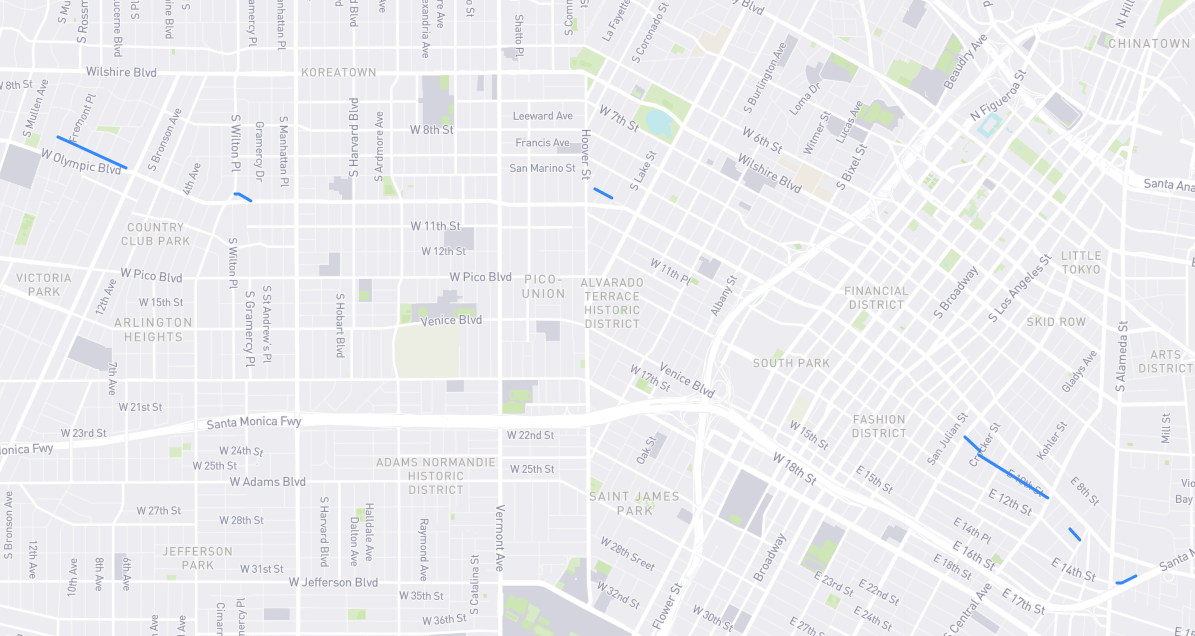