When Glendale was laid out in 1887, its north-south streets were crudely alphabetized: “A Street” to “O Street”. Of these, “N Street” was the first to be renamed: it became Brand Boulevard in 1903, in honor of Glendale overlord L. C. Brand. Three years later, after Glendale incorporated as a city, the other A-B-C streets were fleshed out as Adams, Belmont, and Cedar streets; Dayton Court; Everett Street; Franklin Court; and Geneva, Howard, Isabel, Jackson, Kenwood, Louise, Mary, and Orange streets. Dayton Court got absorbed by Everett Street around 1926. Mary Street was changed to Maryland Avenue in 1910; the reason is unclear, but it presents a strong case that Mary Street was initially paired with Louise Street (named in 1904) as a tribute to L.C. Brand’s wife Mary Louise. There’s probably no special significance behind the other street names. 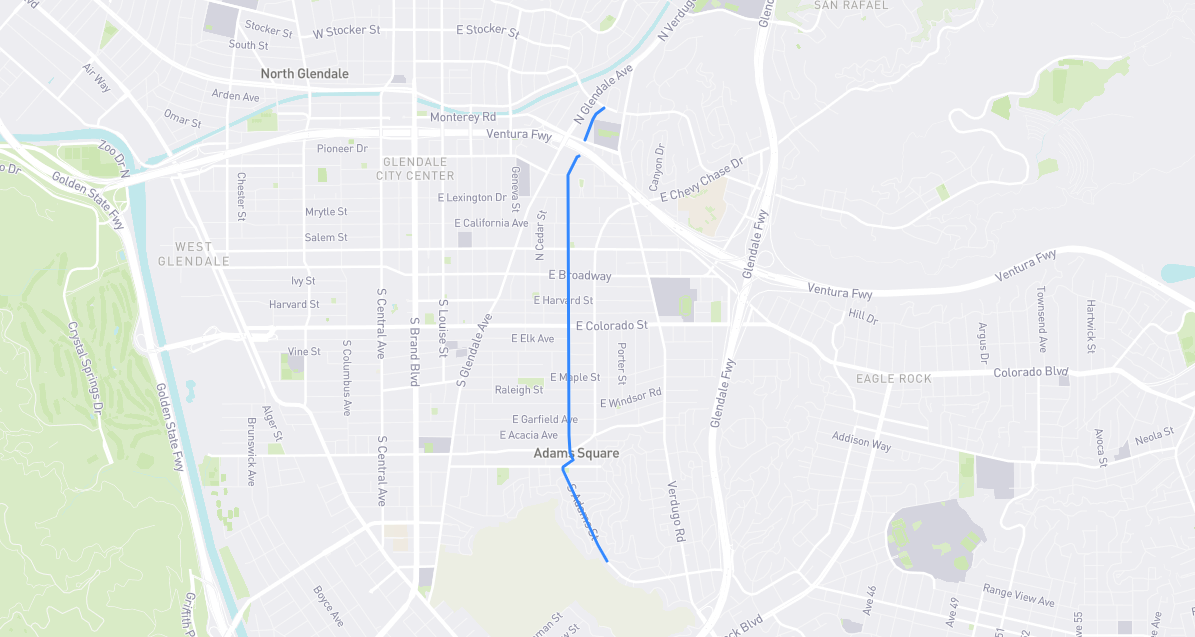