Originally just plain “L Street” – see Adams Street for more on Glendale’s alphabetical roads – Louise Street honors Mary Louise Brand (1871-1945), wife of Glendale godfather Leslie Coombs Brand (1859-1925). Born Mary Louise Dean in Galveston, TX, she and her four siblings lost their father Reuben when they were children. She met L.C. Brand in 1891 during his brief sojourn in Galveston, and they eloped in Monterrey, Mexico that very year. The Brands were back in L.A. by the end of 1894, and as L.C.’s status rose, Mary Louise befriended Florence Wicks and formed a “ladies’ gun club” together. Once the Brands’ Glendale mansion El Miradero was finished in 1904, Mary Louise lived there for the rest of her life, later joined by her sister Theresa. (The Brands had no children, but it’s believed that in the 1920s, L.C. secretly fathered two sons with another woman under the pseudonym “Lee Gordon”.) She was killed on Route 66 outside Williams, AZ, while on a trip to Missouri to visit Brand relations. 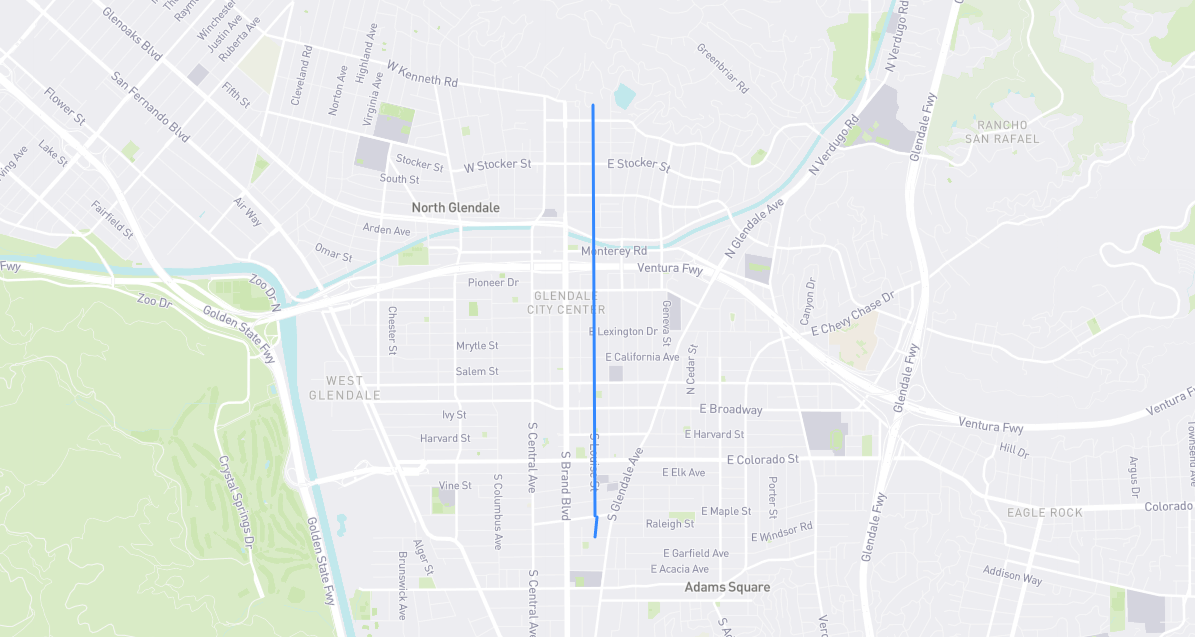