Barranca is Spanish for “gorge” or “gulch”. Like its cousins arroyo and cañon (later anglicized to “canyon”), it was a loan word employed by English-speaking Angelenos in the 19th century. Typically referring to a steep, dry, narrow ravine, a barranca was a peril for horses and wagons and an obstacle for builders of railroads. (Golfers used the term too – and still do.) Perhaps one existed near what became Lincoln Heights’s Barranca Street, named by 1883. The San Gabriel Valley’s Barranca Avenue also started out as Barranca Street (south of San Bernardino Road), named in 1885 on the J.S. Phillips tract. Here too the terrain had presumably been scarred by a barranca or two. 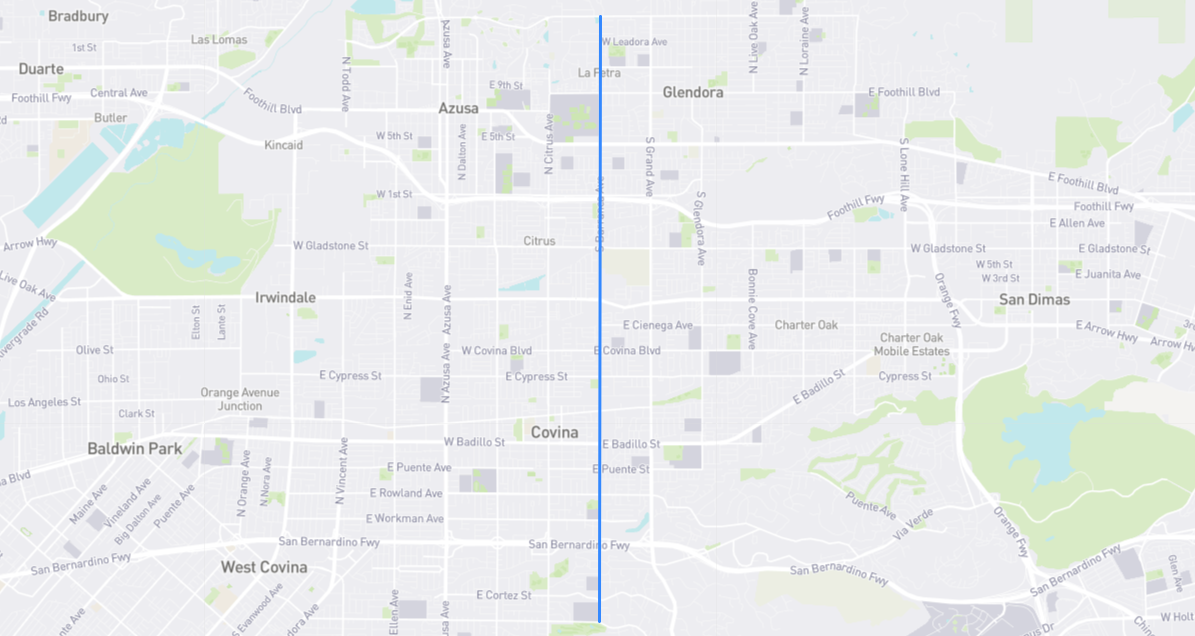