George Dexter Whitcomb (1834-1914) was the founder of Glendora and so much more. Born in Vermont and raised near Akron, OH, Whitcomb’s first career was handling railway companies’ coal purchases. He married Leadora Bennett (1839-1929) in 1859 while living in Saint Paul, MN; what followed were seven children – one died in infancy – and an itinerant coal-and-railroad life that took the Whitcombs to Pittsburgh, PA; Franklin, OH; Wilmington, IL; and, by 1875, Chicago. There Whitcomb started patenting and manufacturing coal mining machines, which brought great wealth. Eventually his company would build locomotives themselves, reportedly producing some 5,000 of them before finally folding in 1956. Health problems plagued the Whitcombs and c. 1884 they decamped for SoCal’s fresh air and sunshine. They bought 295 acres in the SGV foothills, set up their “Vista Bonita” ranch, and established the town of Glendora in 1887. That’s when Whitcomb Ave. was named, along with other “biographical” streets: See Ada and Minnesota avenues for more. 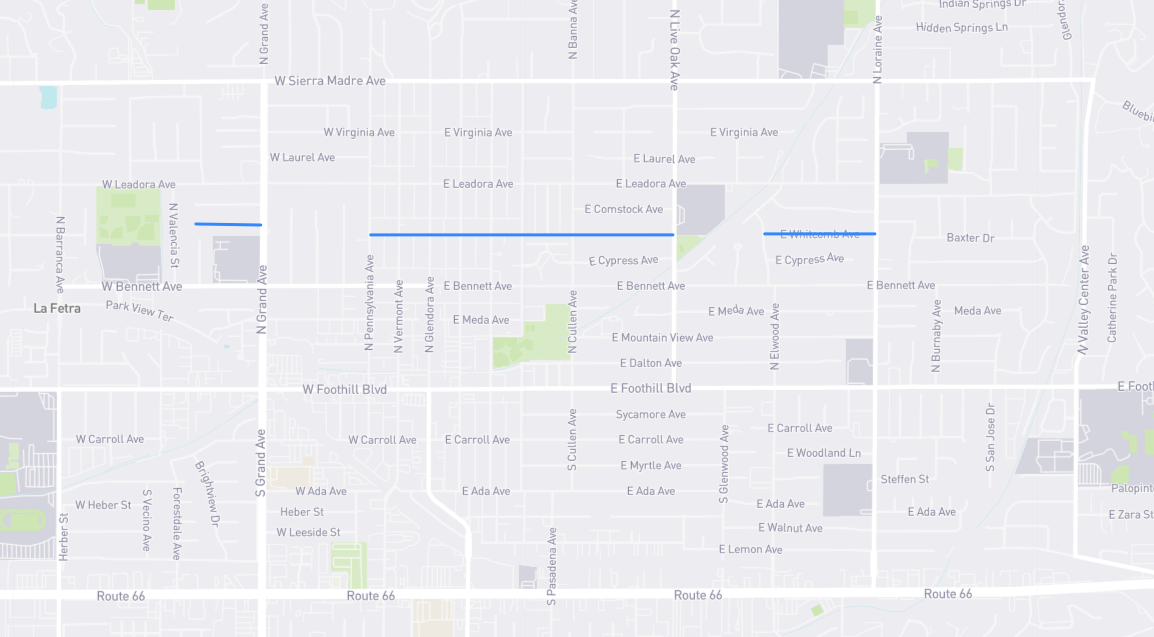