Named for Percy Bilton (1896-1983), an Englishman from Ormskirk, Lancashire, whose property development company was a major player in the UK. Bilton came to Southern California in 1938 to build a tract here called San Gabriel Village. Consisting of 840 low-cost homes, its boundaries were Ramona, Mission, Del Mar, and Chestnut. Bilton and family (including daughter Hazel, for whom Hazell Way is named) stayed safe and sound in their Altadena home during the early days of WWII, but returned to London later in the war to assist in reconstruction efforts. In the 1960s, Bilton lectured on biblical prophecy and peddled a book called Russia, Israel, Christ, and You! He died in South Africa at the beginning of 1983. His eponymous charity, established in 1962, still gives grants to British organizations that assist people with disabilities. 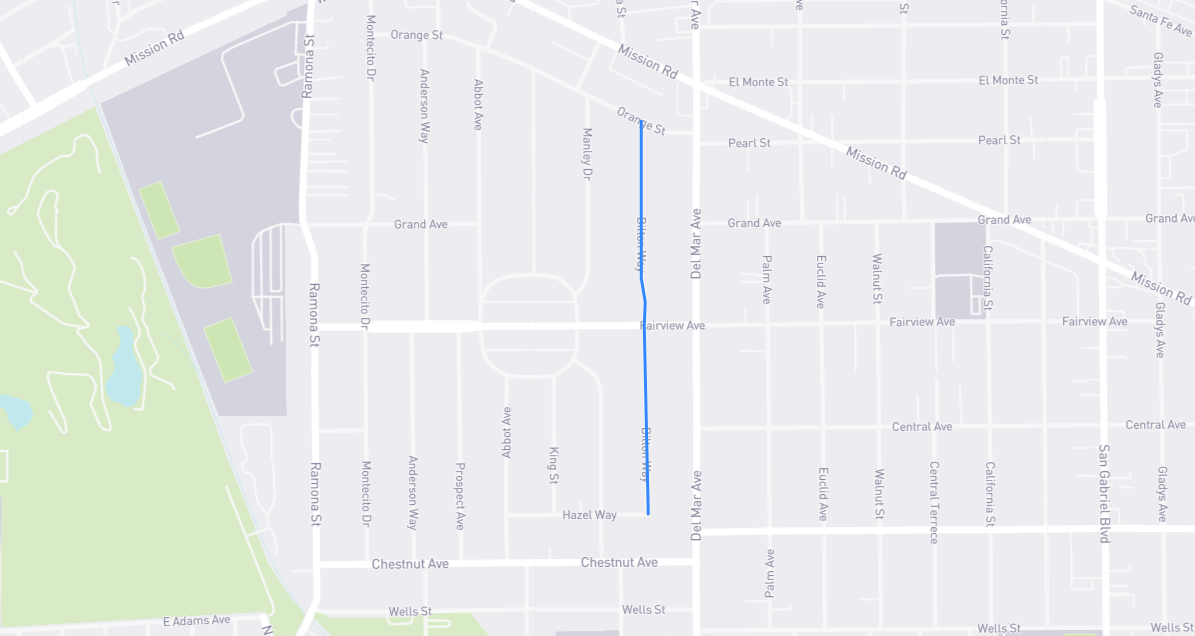