Named for Barbara Britton (1920-1980), a screen actress in the 1940s-1950s. (Most of her films are forgotten now, but highlights include Captain Kidd, The Virginian, and Bwana Devil, the first Hollywood feature in 3D.) Britton was a Long Beacher born and bred. Modeling for the Long Beach float at the 1941 Tournament of Roses parade, a swimsuit-clad Britton – then named Barbara Brantingham – got her photo on the front page of the Los Angeles Times. Within two months, Paramount Pictures signed her and changed her name. LBC developer Lloyd S. Whaley hired Britton to promote his new Los Altos tract in 1948 under the auspices of crowning her “queen” of the Long Beach Better Homes Show. Britton Drive came with the package. 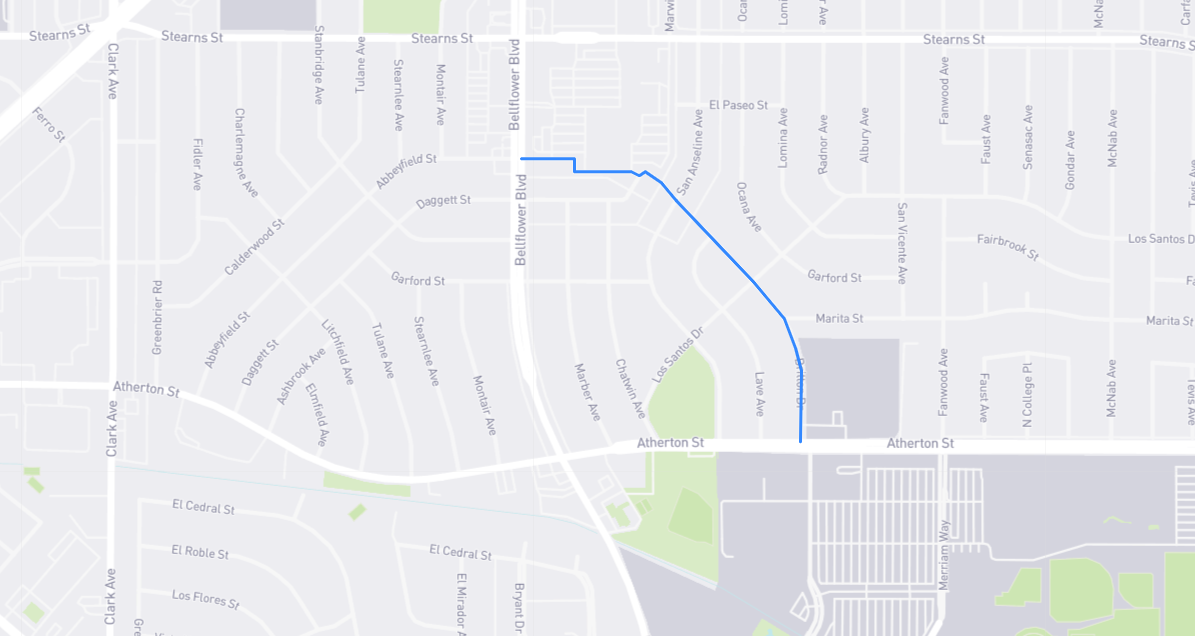