The former Stuart Street was renamed Budau Avenue in 1916 in honor of Dr. John Harry Diederichs “J.H.D.” Budau (1874-1950), who lived one street over on Chadwick. Ironically, he and his wife Carrie (1884-1979) would relocate to Sylmar just one year later to grow grapes. Dr. Budau hailed from Bridgeport, CT. A graduate of Yale Medical School, he wed Carrie Horre in 1902; in 1914, Carrie inherited a fortune from her father – $8.5 million in today’s dollars – and the Budaus soon left for L.A. and settled here in Sierra Park. (It seems J.H.D. took an early retirement at this point.) Their Sylmar sojourn was short-lived as well: the Budaus moved to La Cañada Flintridge in 1926, then to Newport Beach in 1937. The childfree couple, famous for their cross-country car trips when such things weren’t so common, spent their golden years summering in Milford, CT and wintering in Cocoa, FL. Botanical footnote: a variety of freesia called the Carrie Budau was introduced in the 1920s. 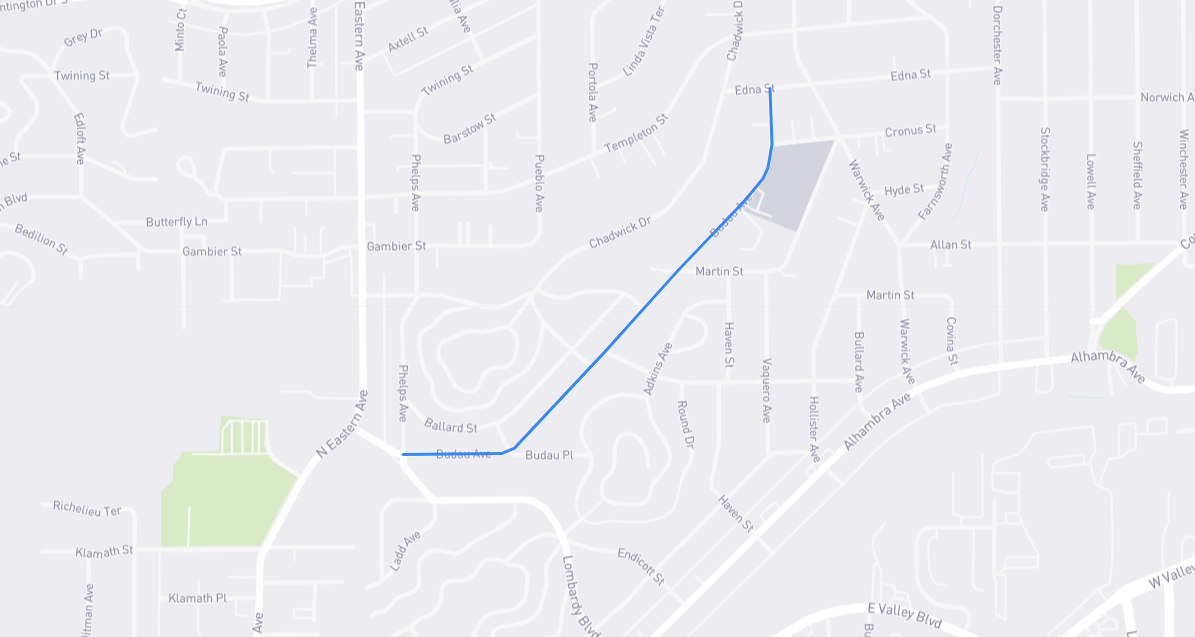