There are two theories behind the Calabasas name. One says it’s derived from calahoosa, a Chumash term meaning “where the wild geese fly”. (The Chumash were native to these hills.) The other says it comes from calabaza, a catch-all Spanish word for pumpkin, squash, and gourd. The story behind the latter is that in 1824, a Basque farmer named Antonio Jauregui was hauling his calabazas between San Fernando and Ventura – possibly where today’s Calabasas Road lies – when a rattlesnake scared his horses, overturning his wagon and covering the road with broken squash. Months later, hundreds of squashes popped up where Jauregui’s seeds had fallen, so locals started calling the area “Calabasas”. Sounds like a tall tale to me, but I wasn’t there. At any rate, the first time Calabasas was mentioned in print was in January 1874 – and in classic L.A. style, it involved a homicide. A fellow named Anisetto Roman was shot in “Calabasas Cañon” by M.J. Banks, a rancher known for running afoul of the law. Banks was acquitted, but was gunned down himself in September 1875 while confronting one Charles De Gray, whom he accused of burning down his house. This really was the Wild West back then. 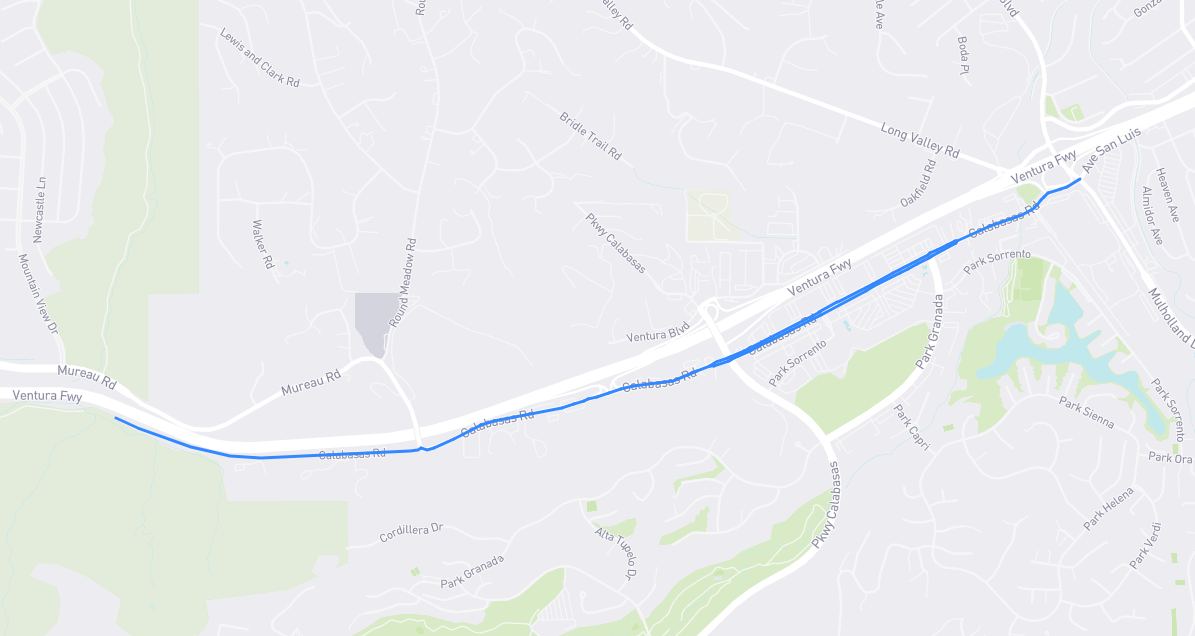