Named (in 1903) because it abutted the Ocean Park Country Clubhouse, opened by Abbot Kinney in July 1901. (Today’s Pacific Avenue was known as Clubhouse Boulevard for several years.) Although Kinney’s country club apparently featured a nine-hole golf course and polo field in its early days, by 1903 the property had been pared down to the clubhouse and tennis courts, where played the likes of Tom Bundy and Alphonzo Bell. The site is now home to the Westminster Dog Park. 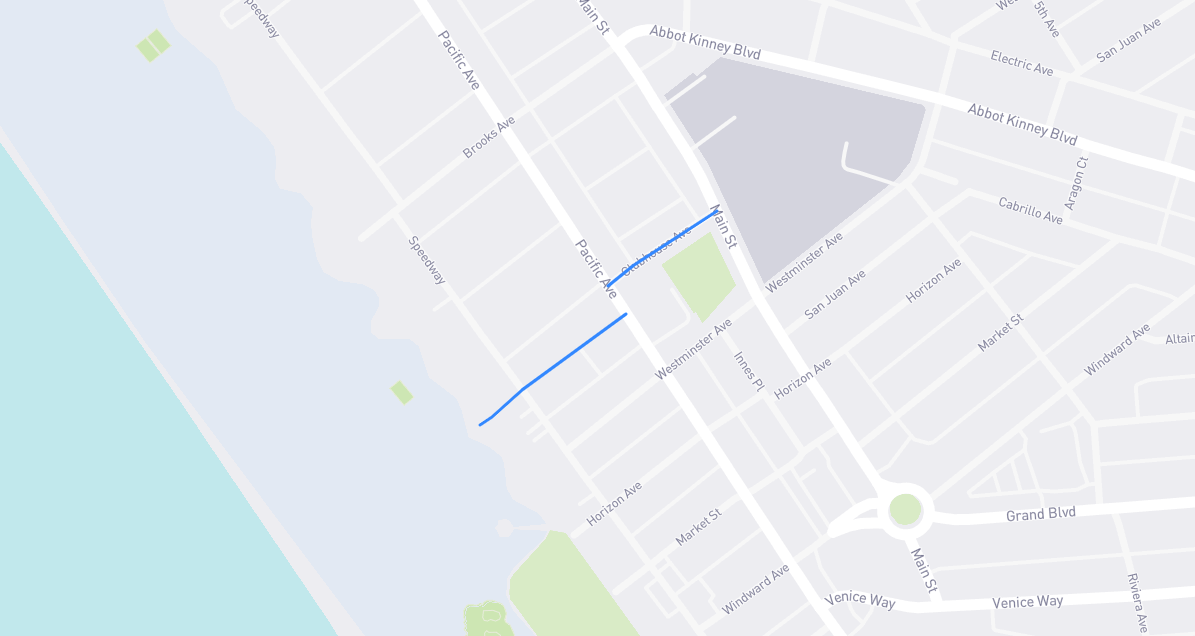