Snooty Bel-Air was developed by oil tycoon Alphonzo Edward Bell (1875-1947), who was born in L.A. and grew up in a farming community that in 1898 would be named Bell after his father (see Bell Avenue). The Bells were known to be strict and devout: traits that little Phonzie inherited. After graduating from Occidental College – nearby Tigertail Road honors his alma mater – Bell’s tennis talents won him bronze and silver medals at the 1904 Olympics in St. Louis. His ranch and home in Santa Fe Springs made him some money through farming and land sales, then made him lots of money when oil was discovered there in 1921. But an enormous oil well fire soon chased the now-wealthy family towards Beverly Hills, where Bell and his wife Minnewa Shoemaker Bell bought 1,760 acres from the soon-to-divorce Jake and Daisy (née Canfield) Danziger and established Bel-Air here in 1922. The name, short for “beautiful air” in French, is also a play on the Bell surname. Of the couple’s three kids, Alphonzo Jr. served eight terms in the House of Representatives (R-CA); Minnewa, who killed two old ladies with her car at 18, became the fourth wife (out of five) of FDR’s son Elliott Roosevelt; and Elizabeth died at 26 when her drunken husband drove them into a freight train in West Hollywood. WeHo had freight trains back in 1936. 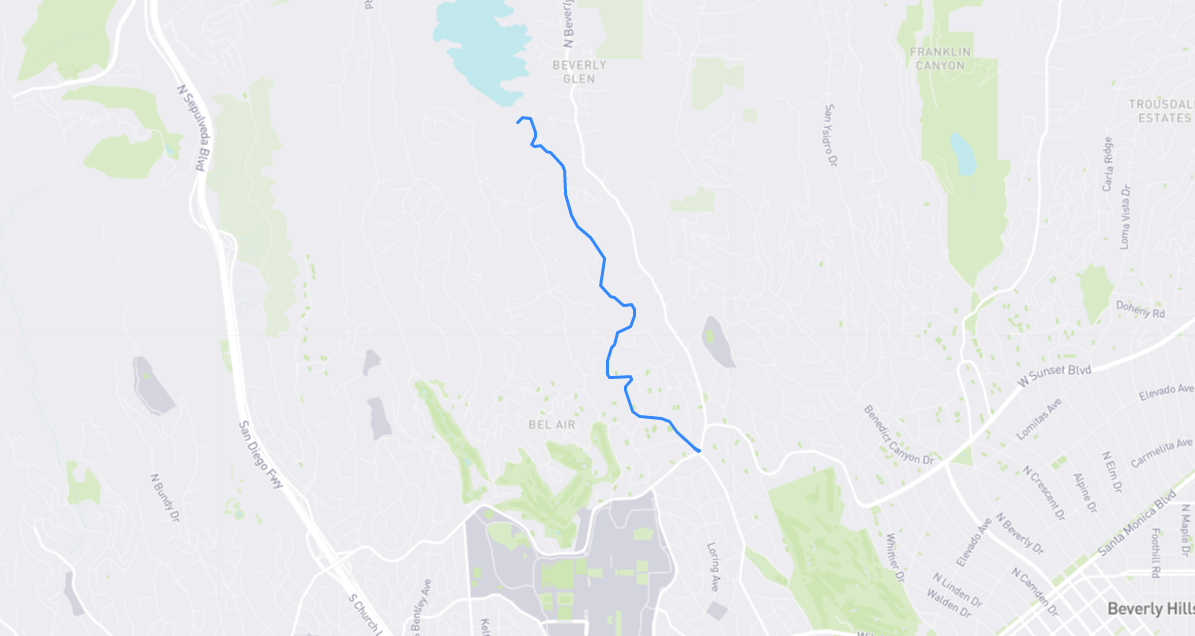