Covina founder Joseph Swift Phillips named this street in 1885 for his baby boy Joseph Dexter Phillips (1884-1961), who went by his middle name. The younger Phillips lived a relatively unremarkable life, with jobs including hay farmer, oil field teamster, and road contractor. He married librarian Ivy Yates (1883-1968) in 1910 and they had four children together. The family would live all over the Southland, from Pomona to Westminster to Placentia to Monterey Park. Their daughter Azola and her husband James Reher returned to Covina and ran the beloved soda shop the Sugar Bowl in the 1930s and 1940s; it was named after a location in the popular comic strip Harold Teen, whose young protagonist lived in Covina. 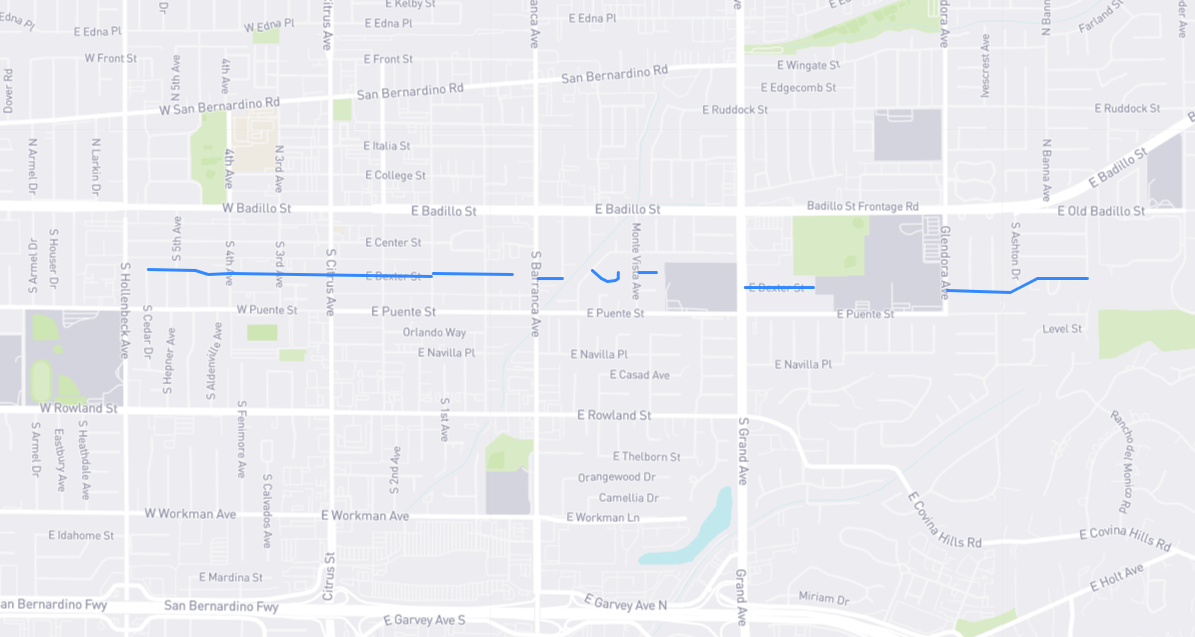