This 1955 street likely honors Joseph Swift Phillips (1840-1905), who founded Covina decades earlier; Phillips Avenue being named at the same time as Pioneer Drive suggests that developers – none of whom were named Phillips – were drawing inspiration from the past. Anyway, J.S. Phillips was a farmer born in Ohio and raised across the Midwest. He rode out to Central California in 1860 and married one Annie Madden, with whom he would have three children. In 1880, an apparently widowed Joseph took his kids to Los Angeles and wed his second wife Cornelia Nelson Hunt (1858-1931). (A month before their marriage, the 1880 census showed her living with the family as a “boarder”.) Two years later, Phillips purchased 2,000 acres of SGV land from J.E. Hollenbeck, who had acquired it from the Badillo brothers after their coffee plantation failed. Hollenbeck may have stayed on as a silent partner; regardless, it was Phillips who subdivided the land as “Covina” in late 1884. He and Cornelia had seven additional children together. Dexter Street is named for one of them. 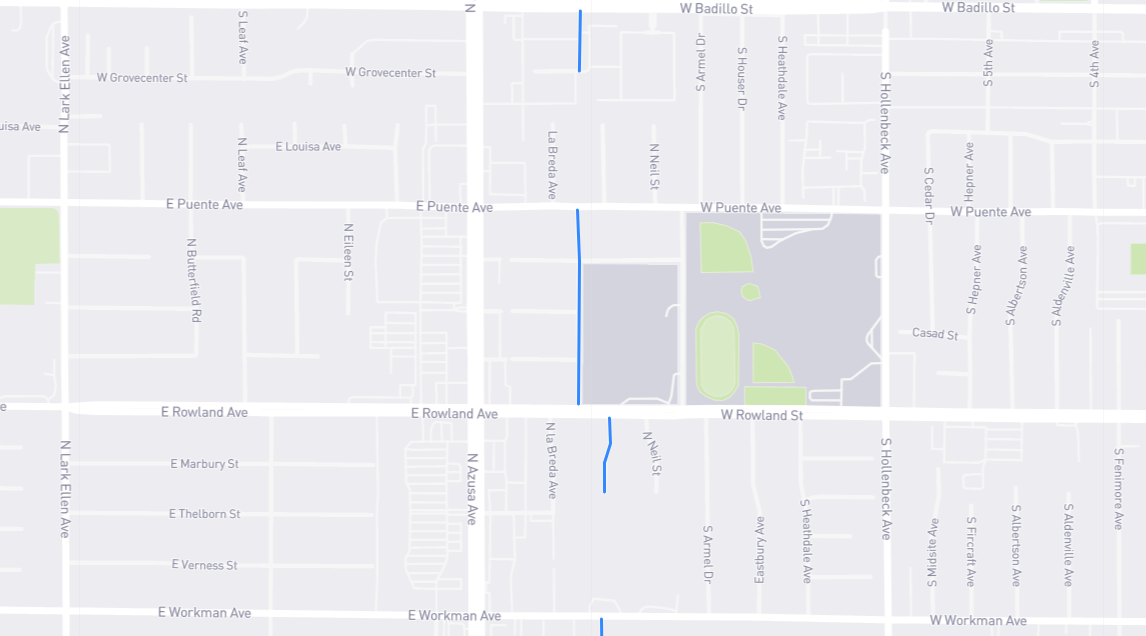