Harlow Avenue was designed as a frontage road in July 1963. At the time, the Santa Monica Freeway (a.k.a. the 10) was being constructed, which was going to turn all the streets between Castle Heights and Durango (save Bagley) into dead ends. Harlow Avenue was thus laid out in order to connect the streets. Was its name inspired by the late MGM movie star Jean Harlow (née Harlean Carpenter, 1911-1937)? Quite possibly, although no official explanation was ever given. 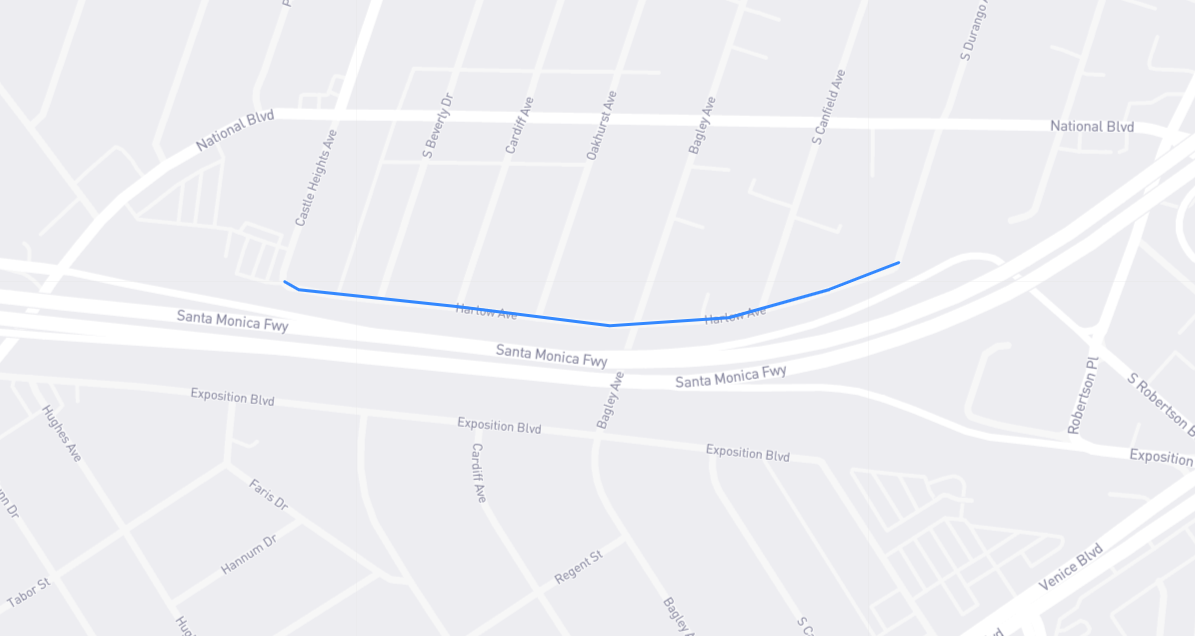