Motor was originally called Fourth Street, back when Palms was its own town. Los Angeles annexed Palms in 1915, and since L.A. already had a Fourth Street, this road was rechristened Motor Avenue in March 1916. Why “Motor”? The most plausible theory is that it was simply a nod to the trendy motorcar; Palms had no automobile companies to serve as inspiration, although some Fourth Street blacksmiths might have become mechanics by then. Anyway, Motor originally ran between Washington and Manning. Its northern section, connecting to Pico, didn’t open until 1924. This debunks the myth that the street’s name stems from movie folk “motoring” between MGM (originally Triangle Film Corporation, co-owned by Thomas Ince) and Fox, since Motor was named years before Fox arrived at Pico. 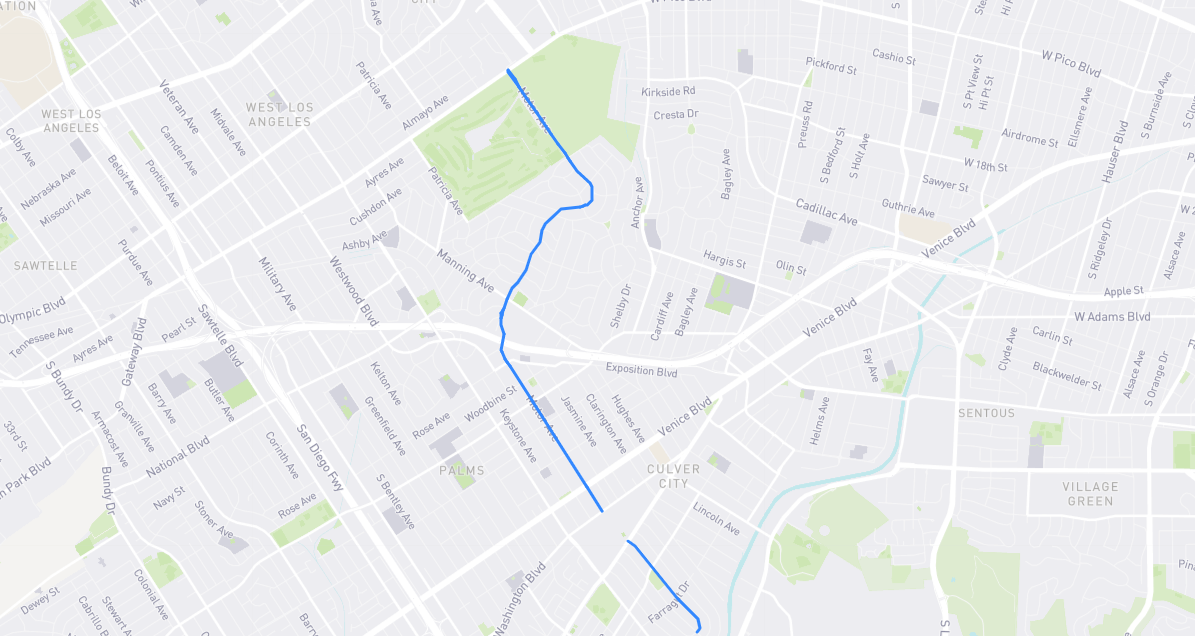