This was an anonymous alley until 1991, when it was named for Irving Burns Tabor (1893-1987), personal assistant and close friend of Venice founder Abbot Kinney. Because the Louisiana-born Tabor was black, the public knew him only as Kinney’s chauffeur. Racist mores of the time forbade Tabor to live in the Venice canals, so when Kinney bequeathed his house to him upon his 1920 death, Tabor and his second wife Ethel (1896-1972) had it uprooted and hauled to the black neighborhood of Oakwood, where it still stands on Santa Clara and Sixth. Tabor later worked at Bank of America, then set up his own maintenance company. In his later years, he was a beloved oral historian, always happy to share his memories of Venice’s earliest days; Ethel Tabor, meanwhile, remained active in civic affairs. The Tabors had two kids: Thelma and Emmett. 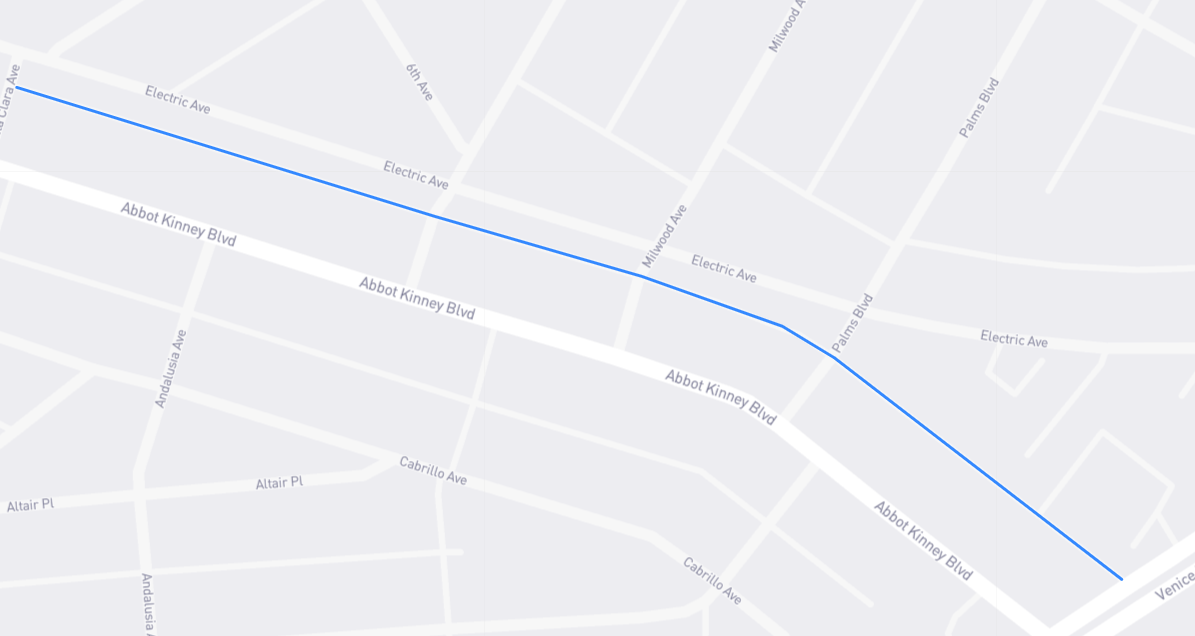