This alley remained nameless until 1991, when it was dedicated to Arthur L. Reese (1885-1963), a New Orleans native who reportedly became the first black man to live and work in Venice. (One news story from Reese’s early days as a Venice janitor: in 1905, he was fired upon by one W.M. Rawls, but Rawls succeeded only at shooting himself in the leg.) Reese would become a genuine pillar of the Venice community: he ran a successful janitorial company (whose employees included his cousin Irving Tabor) and was a strong voice in local politics. Above all, he was celebrated throughout Venice as its official decorator, bringing a touch of Mardi Gras to his adopted town. He and his wife Elizabeth had one son, Mercier. 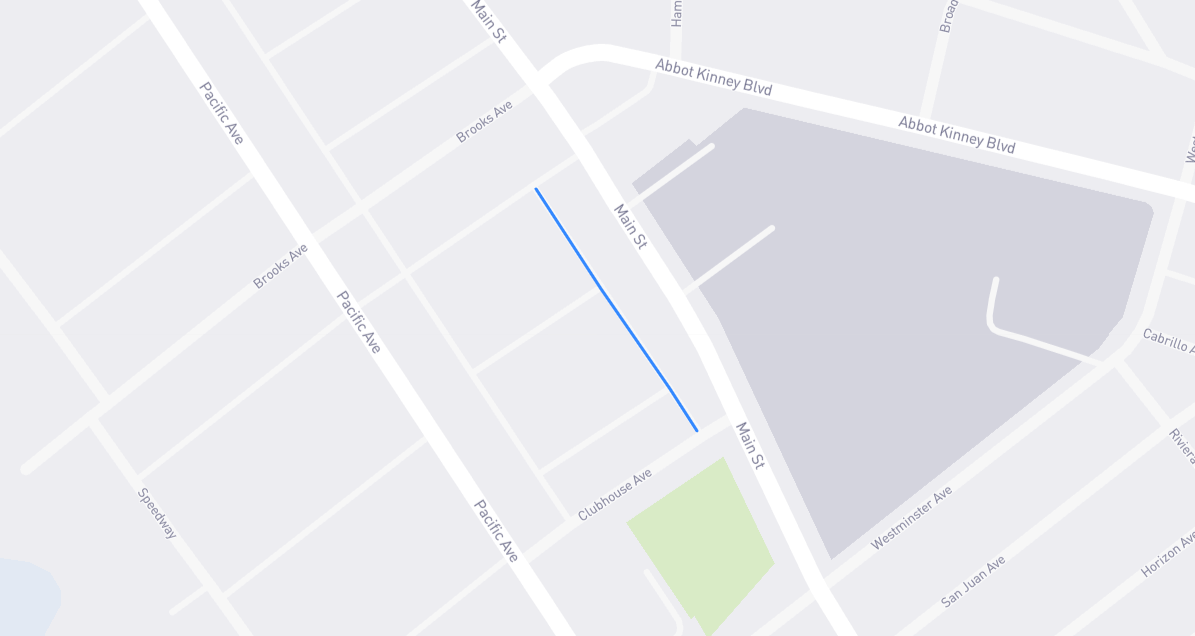