Walter Kenneth Dow (1868-1960) was born in Massachusetts and raised in Chicago, where his father Albert (1841-1911) ran a large paint company. The Dows moved to North Glendale in 1896 and lived on a 10 acre citrus grove for fourteen years. (They weren’t just humble farmers: when Albert died, his obituary called him “one of the wealthiest ranchers and residents of this valley”.) The grove was at the corner of Central Avenue and an unnamed dirt lane. As the story goes, a county supervisor up for reelection visited the Dows in 1900 and asked if there was anything he could do for them. Walter jokingly requested that the dirt lane be called “Kenneth Road”, after his middle name. One week later, he found a brand new street sign reading exactly that. I don’t know if the tale is true, but the Dows definitely lived on Kenneth Road; in fact they owned much additional land along the street. (1902 marked its earliest mention in the press; 1923 was when it consumed Burbank’s 8th Street.) Walter Kenneth Dow never married, but a woman named Jennie Cornwell (1874-1960) lived with him for decades. The 1910 census listed her as the Dows’ cook, but the 1940 census called her Walter’s “adopted sister”. The true nature of their relationship remains a mystery. Regardless, Walter died just two weeks after her. 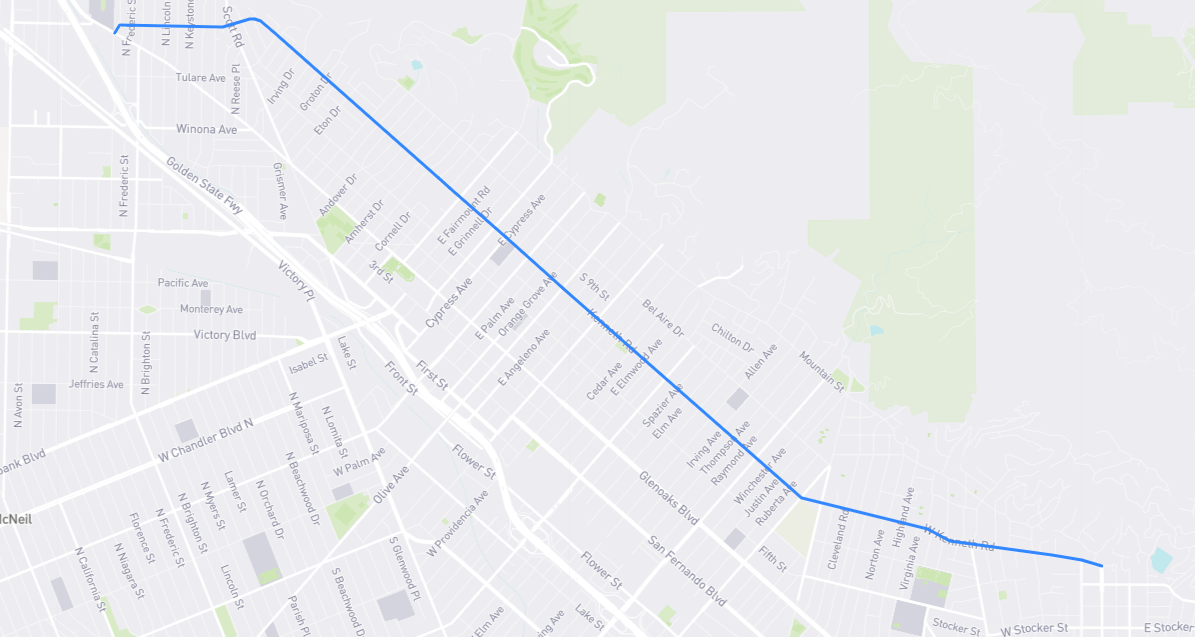