This street lies on the former Santa Eulalia ranch, reportedly named by William Carr Belding Richardson (1815-1908) when he bought the 700-odd acre property in 1868. If it was indeed he who chose this name, I can’t suss out why. Santa Eulalia, the patron saint of Barcelona, was a teenage martyr tortured on an X-shaped cross in the 4th century. A bit obscure for Richardson, who wasn’t even Catholic. His granddaughter Eulalia Richardson Mitchell (1888-1973) was born on the ranch and given its name, but there were no ancestral Eulalias in their family tree. Might Richardson have been paying homage to the SGV’s legendary centenarian – and landowner – Eulalia Peréz de Guillén (c. 1771-1878)? At any rate, Eulalia Street was named on the 1903 Tropico Boulevard tract owned by Richardson, L.C. Brand, and E.W. Sargent. 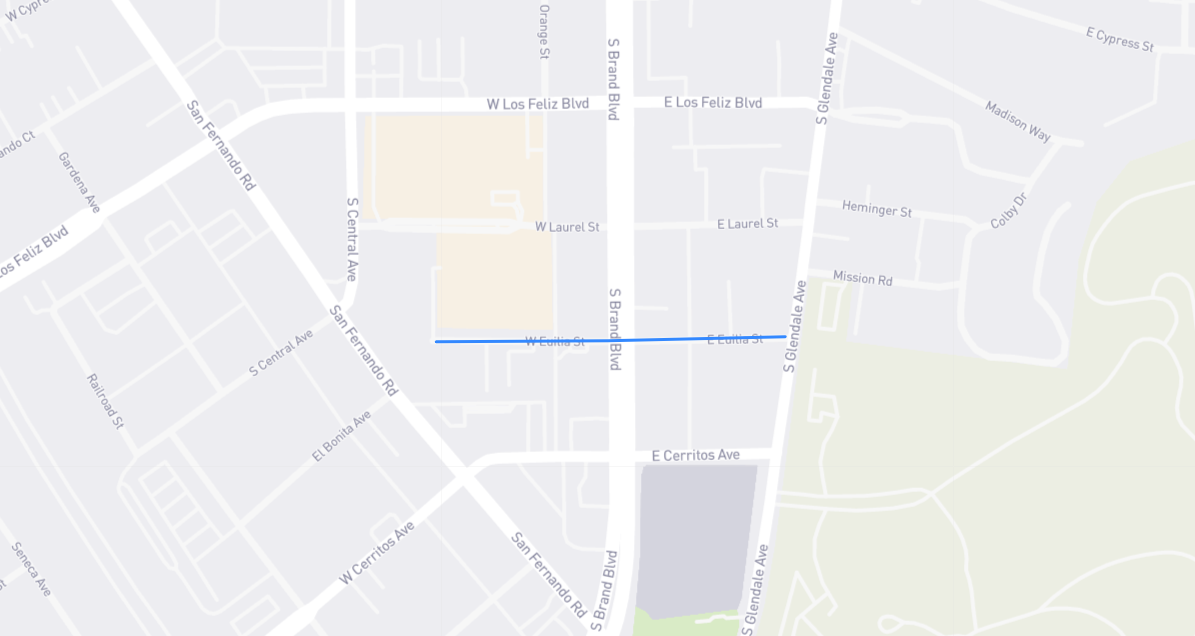