Someone behind Woodside Cerritos, a 44-house tract laid out in July 1978, was a Star Wars nut – or else they let their kids name its streets. For alongside Star Way and Star Circle, here you’ll find Kenobi Court, named for Jedi master Obi-Wan Kenobi, as well as Corellian Court. (As Star Wars references go, “Corellian” was a deep cut for 1978, but the franchise’s more ardent fans would have recognized it: Han Solo’s beloved Millennium Falcon was a Corellian spaceship.) Promotions for Woodside Cerritos touted its homes’ solar-assisted water heating systems – quite high-tech at the time – so perhaps someone associated with the tract (built by the J.M. Peters Company) thought sci fi street names would be fitting. 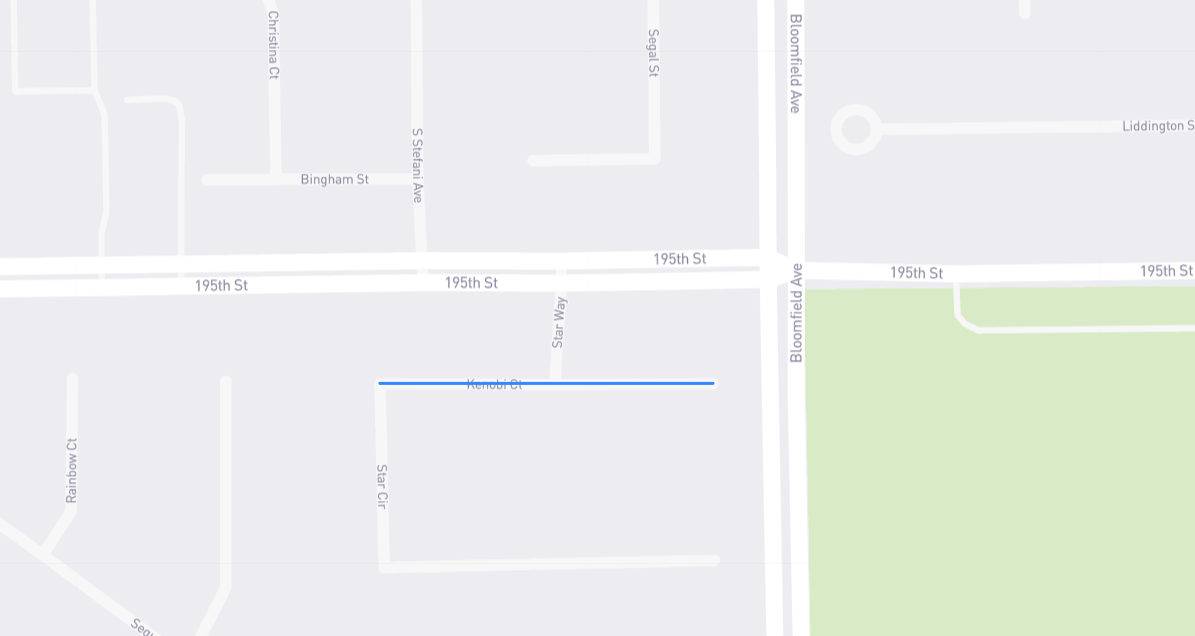