Rancho la Cuesta, a residential development opened in 1968 by Frank H. Ayres & Son, has a number of streets that honor Cerritos’ sister city Itapetinga, in Brazil’s Bahia state. (The two cities were paired up as they were both transitioning from semi-rural to suburban settings at the time.) And so here you will find Brazil Street, Bahia Drive, Itapetinga Lane, and even Espinheira Drive, for Itapetinga mayor José Vaz Sampaio Espinheira (1914-1983), who was touring the U.S. with other Bahia politicians in late 1968 as part of the State Department’s International Visitor Program. Espinheira officiated at the dedication of his namesake street. 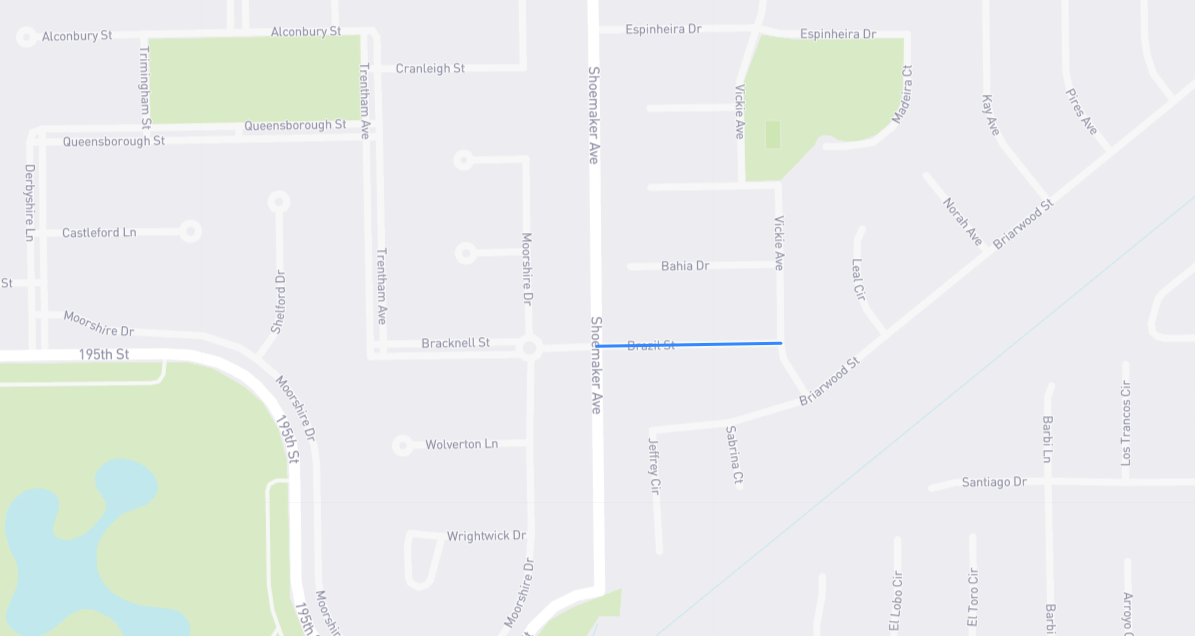