This hilly street was christened in 1923. By then, Kodak cameras and film were household items – George Eastman (1854-1932) had founded the company back in 1888 – so Kodak Drive couldn’t have been named for anything else. (The “Kodak” name itself was wholly invented by Eastman and his mother.) There were no Kodak-related businesses here, so my guess is that whoever named this street was simply promoting its photogenic views. (Landowners were Peter and Nellie Van Der Meid, a Dutch couple who came to L.A. from Rochester, NY.) This street was originally supposed to be the left half of a U-shaped extension for Tularosa Drive. Instead, Tularosa was carved through to Winslow and the now-orphaned cul-de-sac was named Kodak. 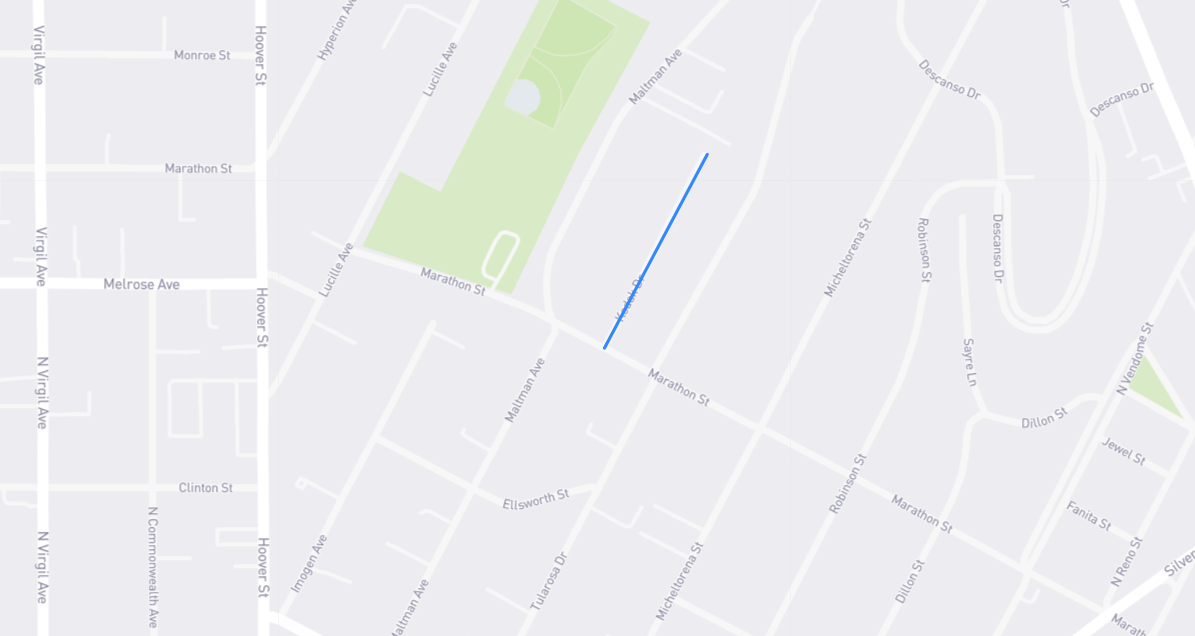