The neighborhood of Edendale derives its name from the Edendale tract, laid out just south of this street in 1902 by Moses L. Wicks. “Edendale” is simply a compound of “Eden” as in paradise and “dale” as in valley. Wicks didn’t coin it: it’s been used in English-speaking countries since at least 1828; a short story published that year – author unknown – mentioned a fictitious valley by that name in Herefordshire, UK. As for Edendale Place, it was born in 1906 on the Edendale Terrace tract, owned by a fellow named G. Frean Morcom, about whom little is known. This tract was quite small and located on property formerly owned by Ozro W. Childs and John S. Maltman. Maltman had been Morcom’s attorney in Chicago in 1875, and the two were partners in an L.A. oil company in 1894, so it’s clear how Morcom came by this bit of land. 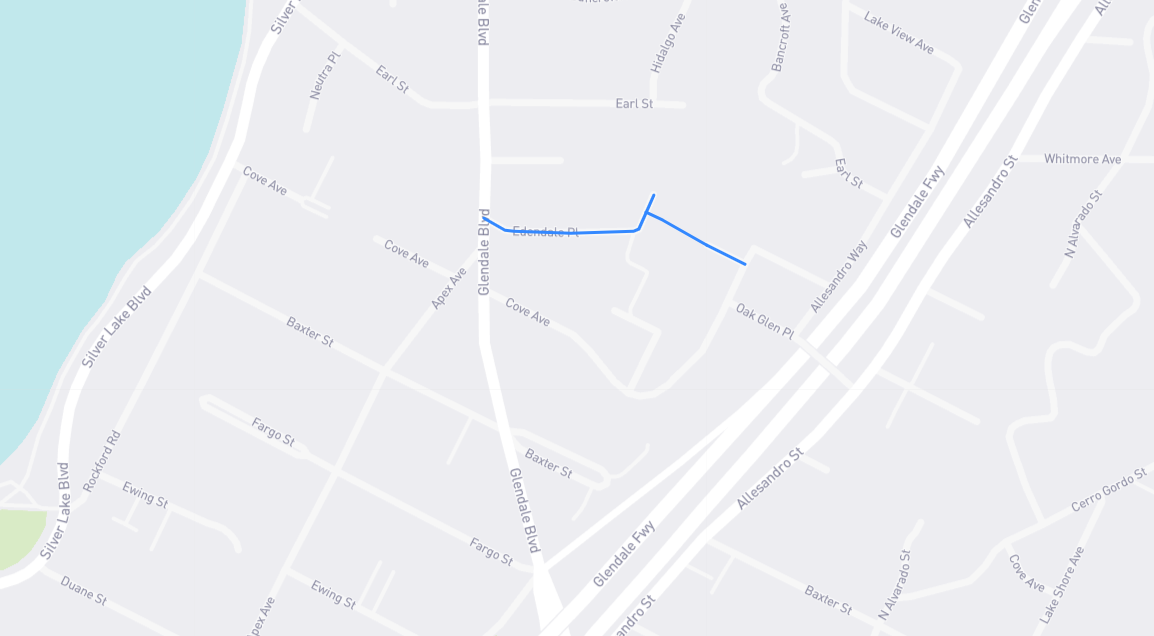