The Lamers – Amable (c. 1847-1926), Clementine (1859-1928), et al – were a French-blooded family who moved to Burbank around 1896. Born in Canada, Amable immigrated to San Francisco by 1870 to work as a blacksmith with his brother Thomas, then came to L.A. alone in 1874. (Thomas killed himself in 1885.) Clementine – born Marie Clementine Clement – was an L.A. native, reportedly born in the city’s first brick building. Her father Michel was a vintner who died when Clementine and her brother Victor were still minors. After marrying Clementine in 1877, Amable got into the grape-growing business himself, which would eventually lead the Lamers to set up a farm in west Burbank. Clementine also showed a talent for real estate and in 1909 they donated land at 5th and Orange Grove for Burbank’s first Catholic church (now St. Robert Bellarmine). Lamer Street, named in 1917, was located on family property near Clark Avenue. Its proper pronunciation should be “la MARE”; I don’t know how its residents say it. 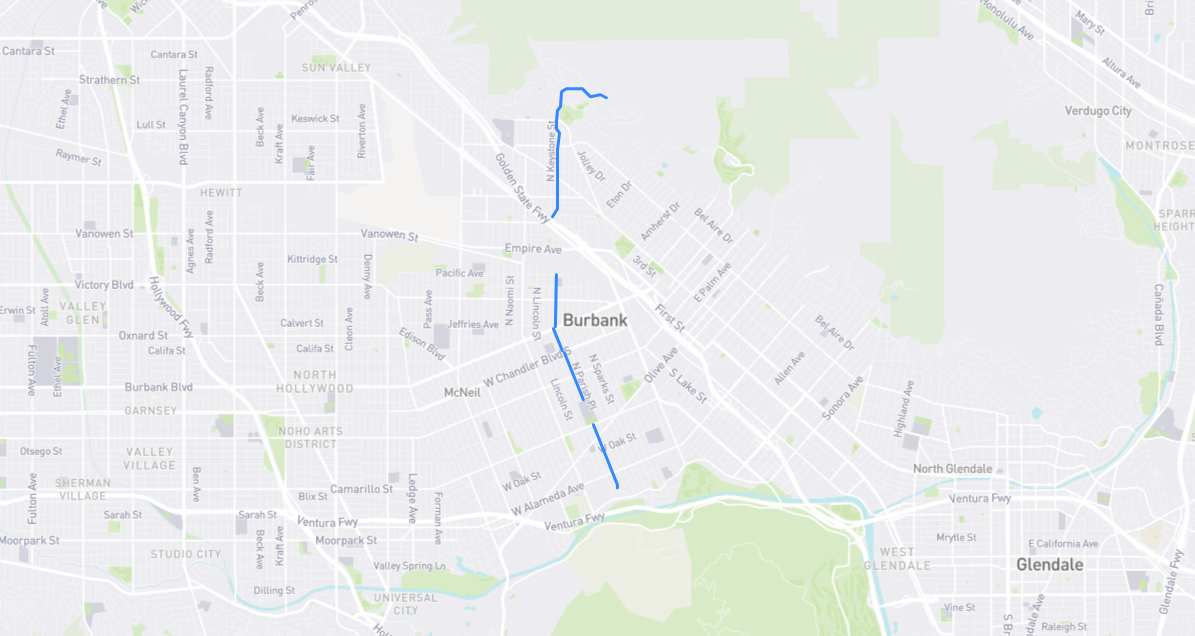