In the 1920 Woodland Heights development – later reborn as Benmar Hills – not one but two alphabetical groups of streets were named after colleges and prep schools, as a university was envisioned here. (See Andover Drive for the other group.) This group began with Amherst Drive and continued with Bethany Road (for the Bethany College in Kansas or the one in West Virginia); Cornell Drive; Delaware Road, for the University of Delaware; Elmhurst Drive, for Elmhurst University in Illinois; Fairmount Road, for Fairmount College (today’s Wichita State); Grinnell Drive, for Iowa’s Grinnell College; and finally Harvard Road, for you-know-what. Now, you might be thinking, “Elmhurst What? The street between Delaware and Fairmount is Walnut Avenue.” In fact the plan was to rename Walnut to Elmhurst, but since Burbank already had an Elmwood Avenue, Walnut remained Walnut. Seven additional streets were never christened: Indiana, Judson, Kentucky, Lawrence, Mills, Norwich, and Ogden. P.S. The lower bit of Grinnell Drive was born in 1919 with the awkward moniker “Roy-Court Avenue”. No love was lost when it became part of Grinnell in 1922. 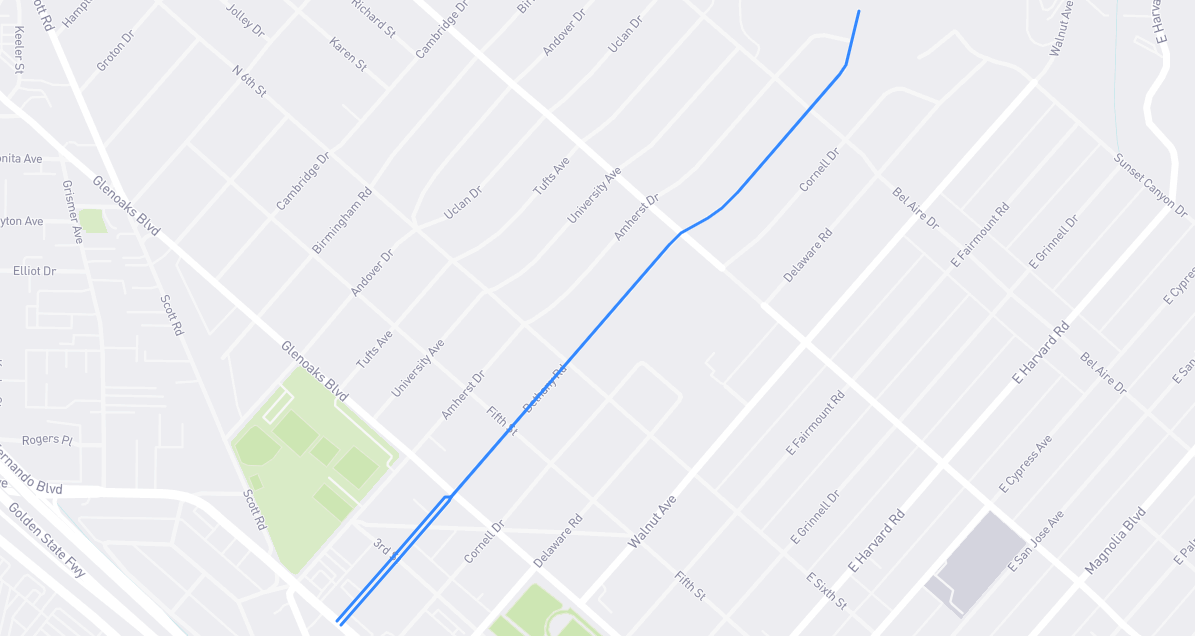