Probably named for Frank Lawton (1860-1922), who had owned a ranch and country home in El Monte in the early 1900s. (The street was named on a 1954 tract owned by Harold and Blanche Pearson, who had no Lawtons in their family tree.) Lawton left Massachusetts at the ripe old age of 11 and sailed the seas for years. He came to California in 1885 and wound up establishing several small hotels throughout the Southland, particularly in Santa Monica. There aren’t many sources of information on Lawton, so take this entry with a grain of salt. 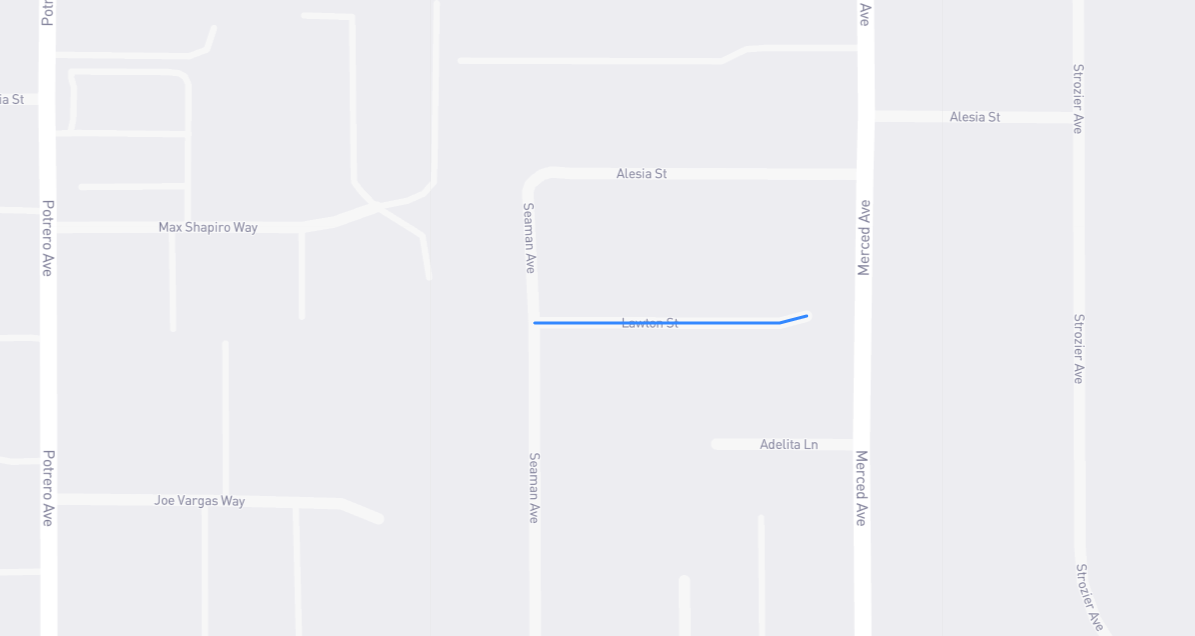