Benjamin Franklin “B.F.” Maxson (1841-1899) was a big walnut grower during his all-too-brief time in El Monte. Born in New York and raised in Albion, WI, Maxson was a Civil War veteran when he came to Colusa, CA in 1867. He and his young family then moved to Tustin in 1875. Eight years later, Maxson joined a group of farmer-investors including P.F. Cogswell, G.H. Ferris, and R.H. Gilman to purchase hundreds of acres around El Monte for walnut orchards. The Maxsons settled here properly in 1889. B.F.’s life came to a sudden end when he was hit by a Southern Pacific locomotive while crossing the tracks in his wagon: a Civil War concussion had deafened him and he didn’t realize the train was coming until it was too late. His wife Olive was suffering from tuberculosis at the time; she died in 1900, leaving B.F. Junior, a.k.a. “Bud”, to run the family walnut business, which he’d relocate to West Covina. Maxson Road was named in 1902 by Cogswell, who had subdivided Maxson’s old property. 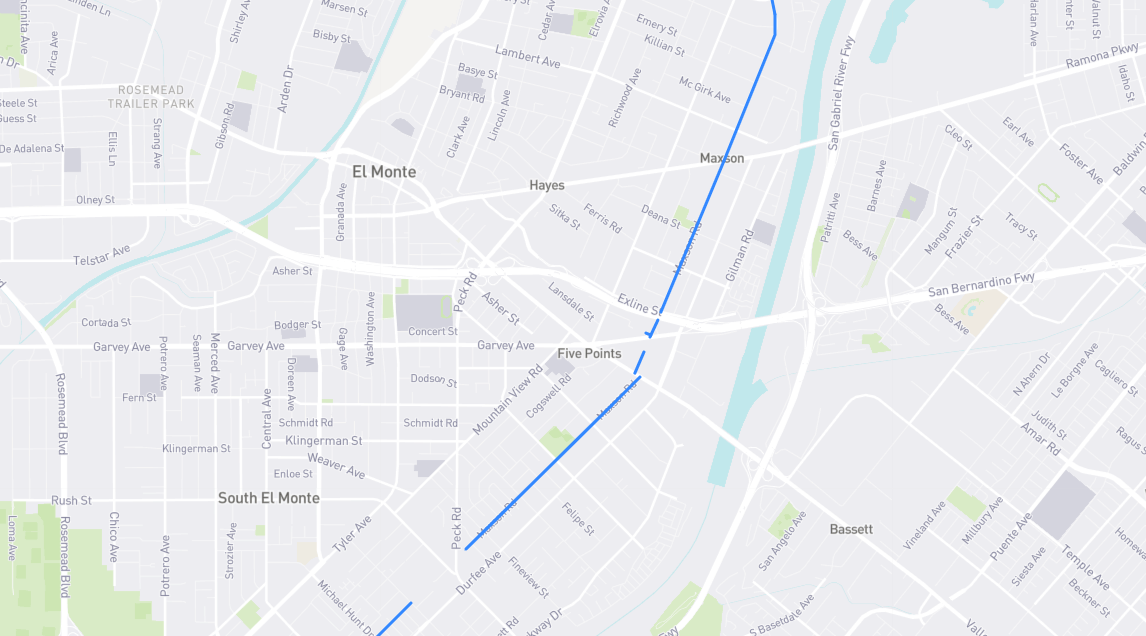