Named for county supervisor Orray Warren Longden (1861-1905). Born in Woodstock, CT, Longden came to Los Angeles in early 1885 after four years of seafaring life and a brief stint as a telegraph operator in Benson, AZ. Within a month, he married his first wife Mercedes Coronel, whose father was early L.A. mayor Antonio F. Coronel. She died in 1890 and Longden married his second wife Emma King in 1892. By this time he was already a years-long resident of San Gabriel, where he rose from shopkeeper to justice of the peace to deputy assessor. Longden was elected county supervisor (first district) in 1898, later chairing the Board of Supervisors for nearly four years. His term was to end in January 1907 but was cut short by his untimely death from “overwork”. Longden Avenue was named in 1906. 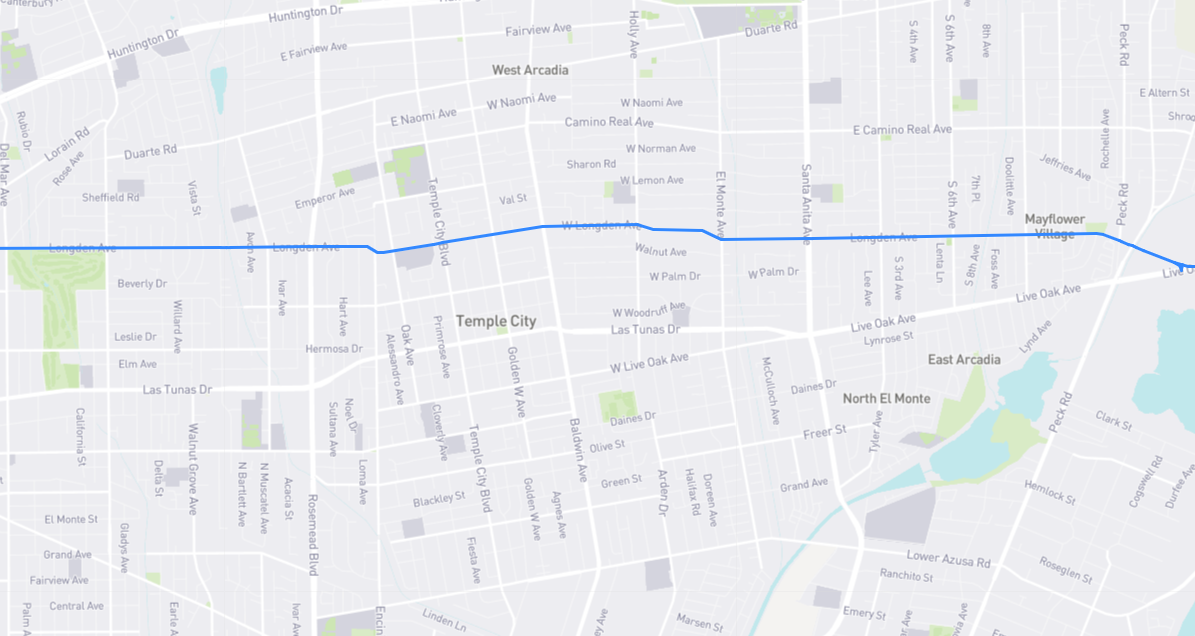