Named for William Workman (1802-1876), an Englishman who immigrated to the U.S. in 1822. Workman had plenty of adventures traveling west with his brother David, common-law wife Maria (a Taos Indian), partner John A. Rowland, and B.D. Wilson. In 1842, Workman and Rowland bought Rancho La Puente, although Workman’s name couldn’t be added to the deed until he became a Mexican citizen. (This was during the Alta California days, pre-statehood.) One of the earliest white settlers in Los Angeles, Workman found his niche in real estate. Partnering with his son-in-law F.P.F. Temple, he snapped up huge tracts of land all over the Southland. Perhaps too many: shortly after the Temple & Workman Bank failed, a despondent Workman wound up so indebted to Elias “Lucky” Baldwin that he shot himself to death. His nephew William H. Workman went on to leave his own mark on L.A.; see Workman Street in Lincoln Heights for more. 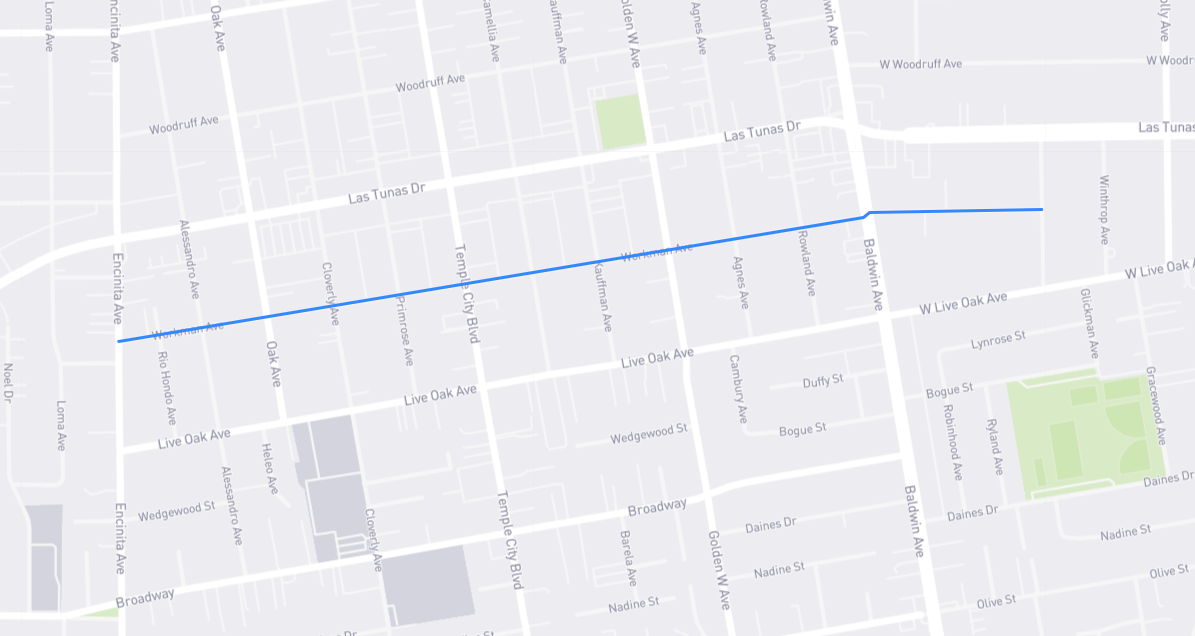