Just above the so-called “Bird Streets” roosts this cul-de-sac with a non-avian moniker. Marcheeta was named in 1924, at the same time as its feathery neighbors, and it was called Marcheeta Drive. Nothing was built on the street until 1960, at which point it had been rechristened Marcheeta Place. So what’s a Marcheeta? In fact it was a woman’s name in the early 20th century. Not a common one, perhaps, but certainly not unheard of. I couldn’t find any Marcheetas in the family trees of the Bird Streets developers – maybe it was someone’s parakeet? – but you are welcome to read more at Blue Jay Way. 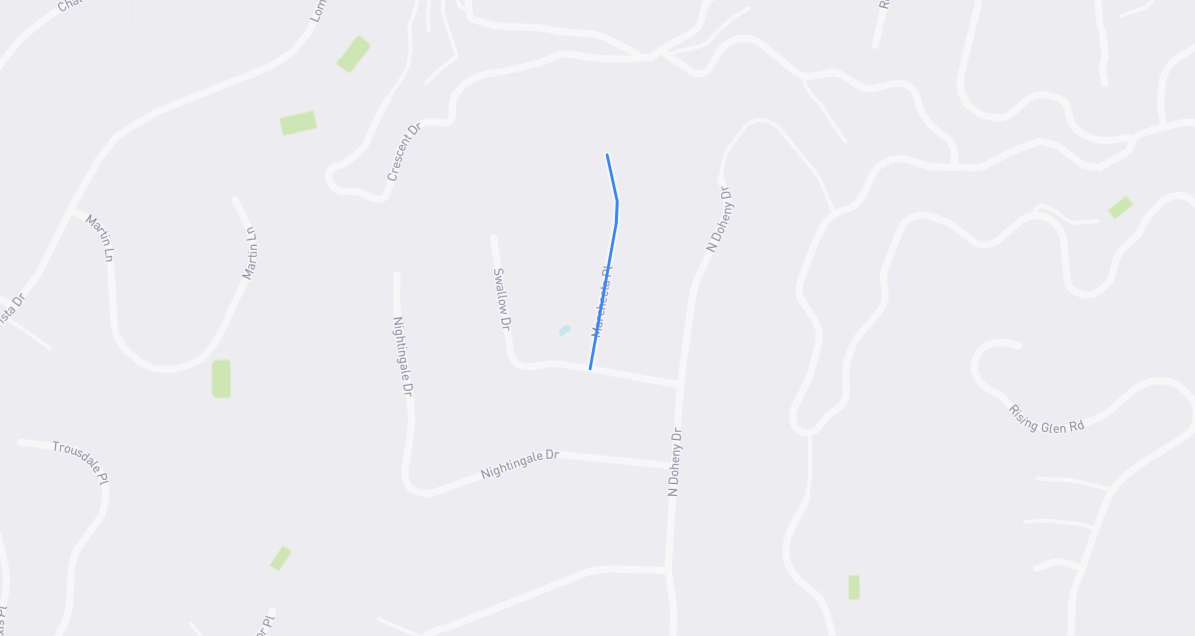