The Chateau Marmont is so famous, you’d think it lent its name to Marmont Lane. In fact the street predates the hotel by eight years. Legend has it that “Marmont” refers to British actor Percy Marmont (1883-1977), but legend is wrong. Marmont Lane was named in 1921 on a tract owned by a dozen investors, none of whom were Percy Marmont. The man himself wouldn’t become a (semi) movie star or even move to Hollywood until late 1923, so there’s zero chance that he inspired this street name. “Marmont” is most likely a portmanteau of mar and monte – Spanish for “sea” and “mountain” – alluding to its hilly views of the Pacific, although two of the tract’s owners were Paul and Zida Marlay, for whom nearby Marlay Drive is named, so the “Mar” might be for them. At any rate, the Chateau Marmont opened in 1929 as an apartment building. 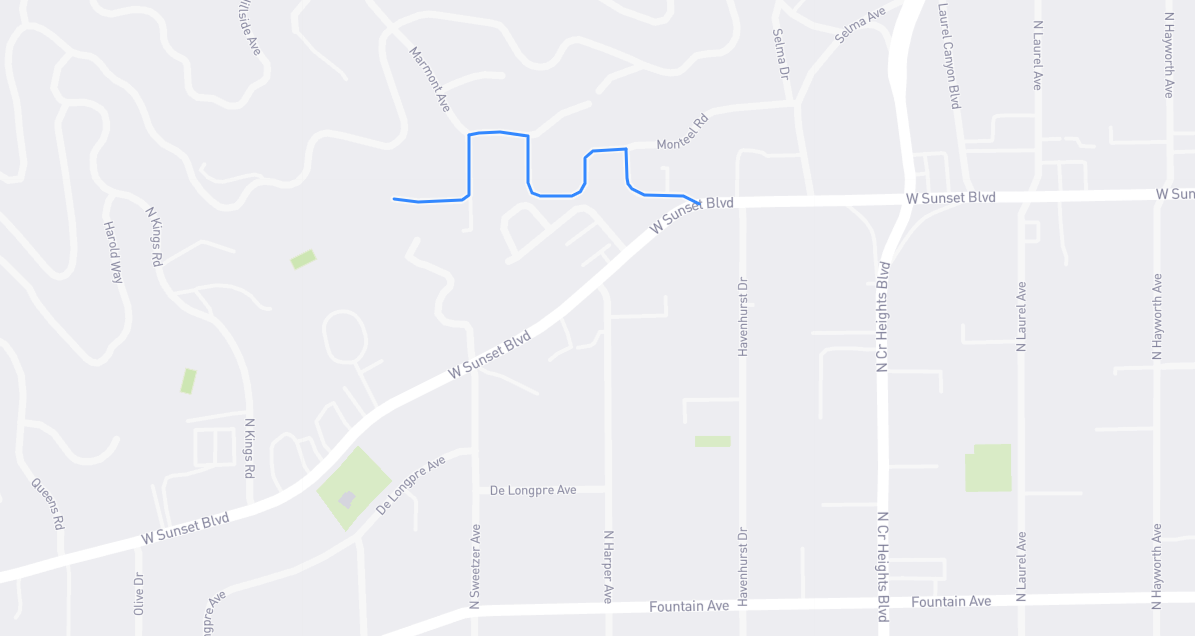