In 1905, Michigan transplant Mary L. Kathan (1848-1946) purchased an 80 acre parcel here and soon laid out the following streets: Caswell, Matteson, Mitchell, Moore, and Wade. Four of these five namesakes remain mysteries, but Matteson is for Angelina Harrison Matteson (1847-1947), a British immigrant who was Kathan’s longtime companion. Was their relationship romantic or platonic? There’s no way to tell. Each had a husband – indeed, Mary and William Kathan were residing with Angie and Eugene Matteson in Grand Rapids, MI in the 1880 census. But by 1916, both women were widowed, living together, and inseparable. (Their house on Hoover was located near the shortest street in L.A.) Also in the mix was Matteson’s sister Mary H. Spires, whose husband Joseph was a wealthy real estate man. For a while, Kathan lived with them too. All knew each other back in Michigan, but it’s unknown how Kathan – born Mary Lucinda Baxter and orphaned at 8 – came into this family’s embrace. 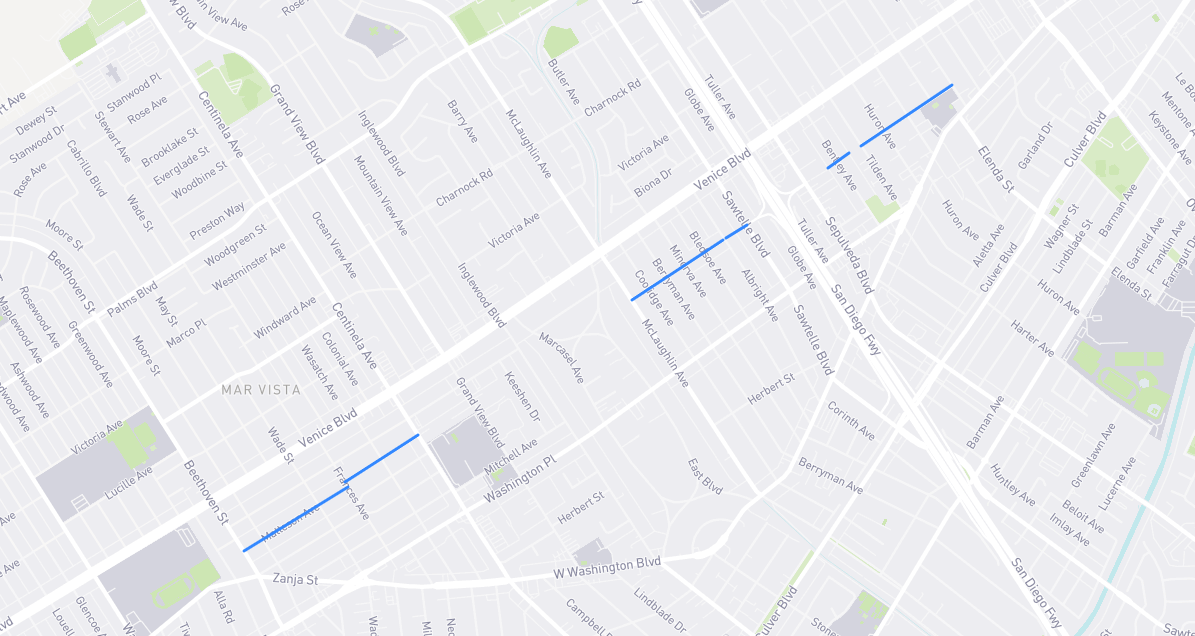