The shortest street in Los Angeles lies between Terrace Park and the grassy median that divides Bonnie Brae Street from Alvarado Terrace. How short is Powers Place? Depends on what you consider “end to end”, but I’d say it maxes out at 45 feet. (It’s 40 feet wide.) It was named in 1910 – maybe as a good-natured joke? – after Pomeroy Wells Powers (1852-1916), a New York-born real estate developer and onetime L.A. City Council president who lived just around the corner. Powers’s old house still stands, while Powers himself is interred in Inglewood Park Cemetery, which he cofounded. Powers Place is one of the only brick-lined streets in Los Angeles, along with the very old Olvera Street and the relatively new L. Ron Hubbard Way. 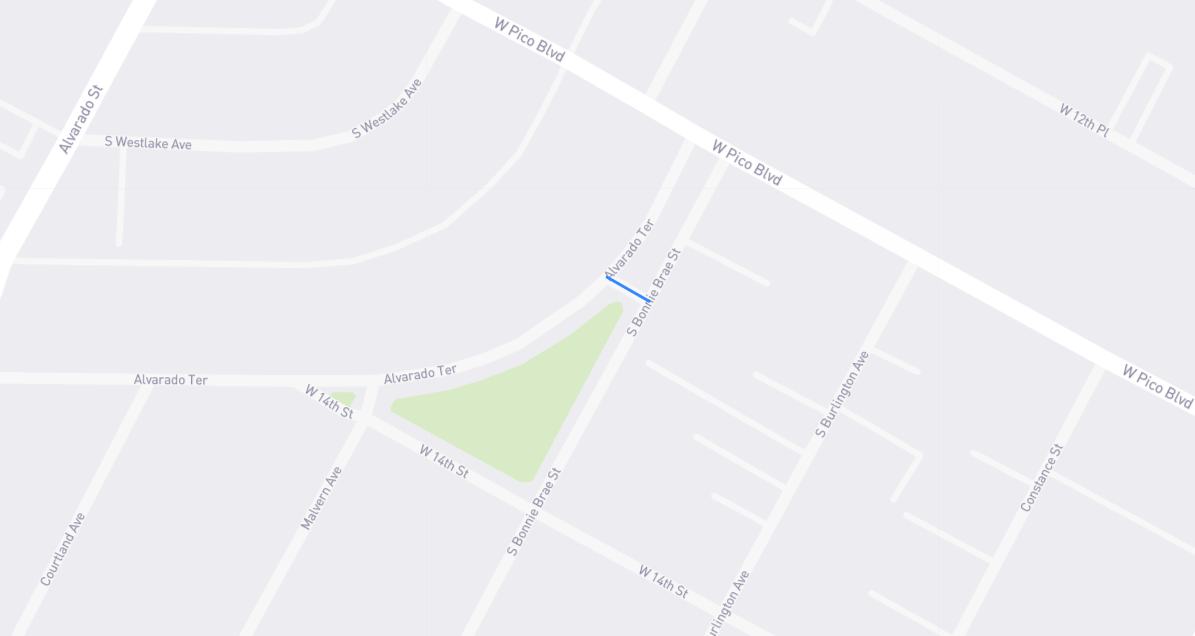