This street was laid out in 1946 by local subdivider Edward L. Pratt. He wanted to call it “Cresta Vista”, but City Council said it sounded like too many other Monrovia streets (Hillcrest, Crescent, Sierra Vista, Valle Vista, etc.). They also nixed his other ideas: “Pleasant View” and “Crest View”. But when Council proposed that the street adopt the name of Violet Avenue south of Foothill, it was Pratt’s turn to protest, so they threw up their hands and told him to come back with something “real pretty”. On October 21st, he suggested Mauna Loa Drive, explaining that mauna loa was Hawaiian for “long mountain” – presumably referencing the nearby San Gabriels. (Of course Mauna Loa is also a famous Hawaiian volcano; it inspired a Glendora/Azusa street name after its 1887 eruption.) Council deemed it pretty enough and gave Pratt the O.K. 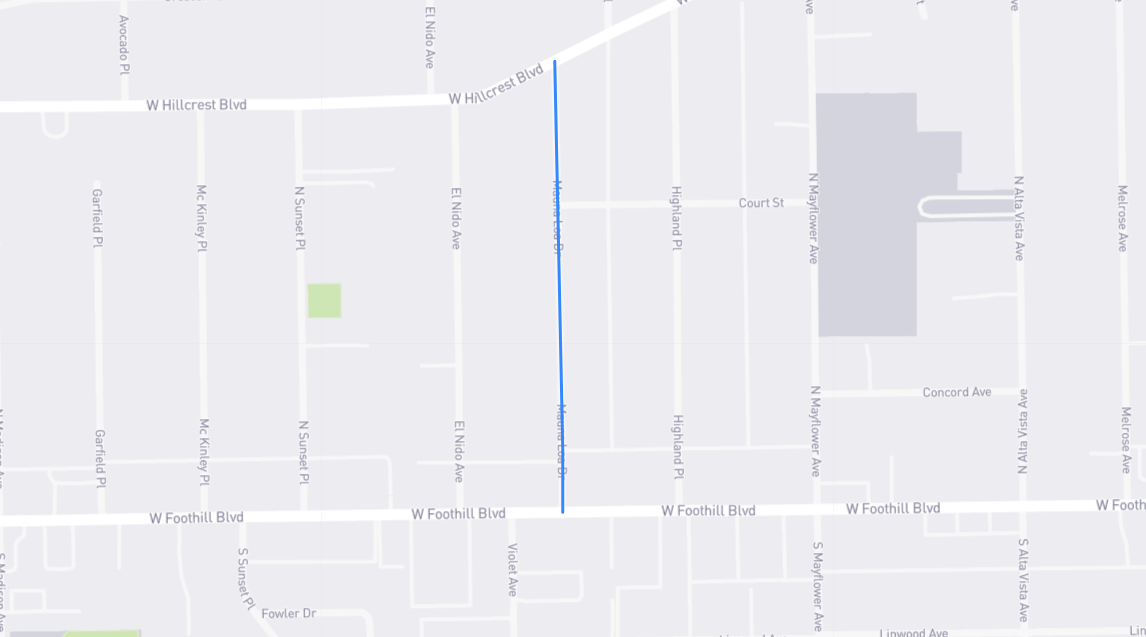