The most interesting thing about Hillcrest is that it was originally called Banana Avenue. Lucky Baldwin and W.N. Monroe named it that in 1887, while planting banana trees along the route, to convince potential property buyers that this area was frostless. (“Frostless” was a common buzzword in those days, when farmers still grew fruits and vegetables in L.A. County.) Alas, later residents found bananas silly, so in 1912-1913, long after the banana trees had been ripped out, they petitioned Monrovia’s city trustees to change the street’s name to the less exotic Hillcrest Blvd. The former Grace Avenue also got coopted in the process. 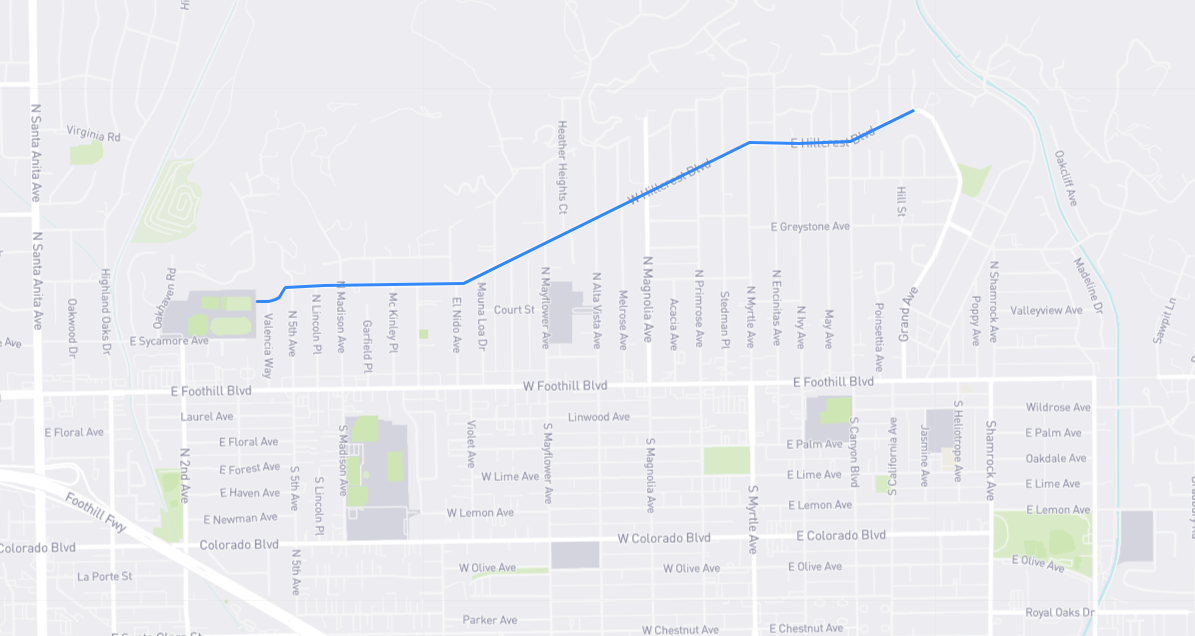