Several streets in Los Angeles County owe their name to a book: Ramona, the 1884 romantic novel by Helen Hunt Jackson (1830-1885). The first bestseller set in Southern California, Ramona tells the story of a mixed-race Native American woman who endures bigotry and displacement in the years after the Mexican–American War. (The title character was allegedly named for the daughter of winemaker James De Barth Shorb.) It’s hard to overstate how popular Ramona was: it sold hundreds of thousands of copies, received five big-screen adaptations, and drew hordes of fans to California. It was such a blockbuster that seemingly every town in the state had to have a street named Ramona. In fact Interstate 10 through the San Gabriel Valley was previously known as the Ramona Freeway. 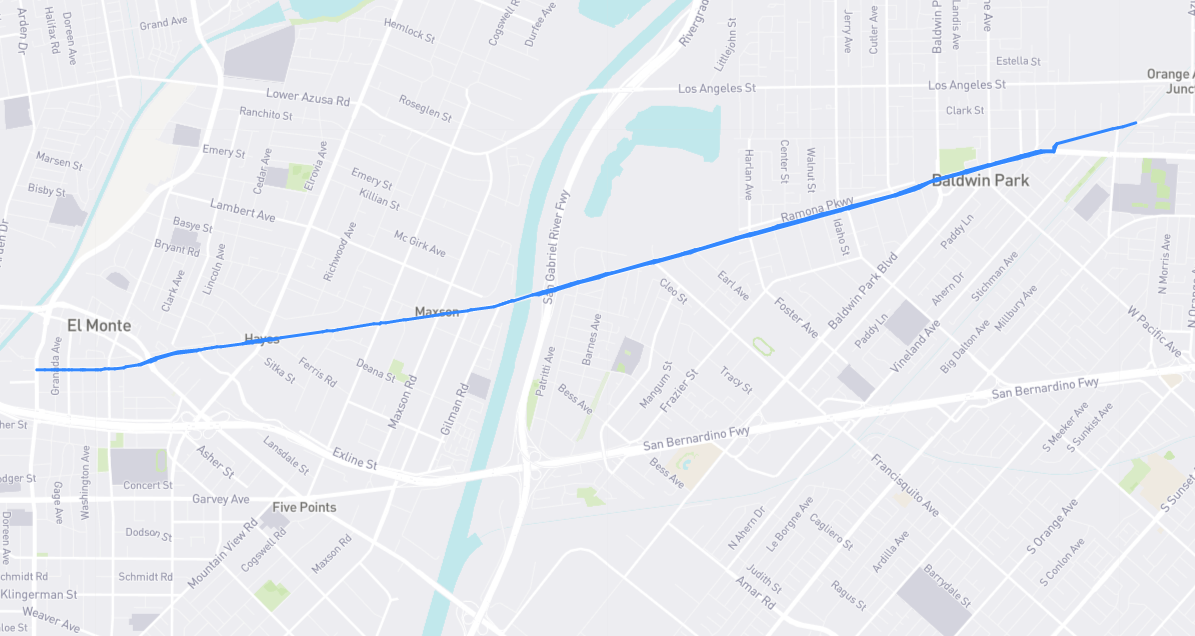