Joseph Edward McComas (1834-1916) was one of Pomona’s first builders and residents. The West Virginia-born, Missouri-raised McComas first went to Northern California in 1853 to mine for gold, later to return to Missouri and join the Army. After fighting for the Union in the Civil War, he married his first wife Rebecca and went back to NorCal to farm wheat. Rebecca and daughter Dora both died in 1867; five years later, McComas – with son James and second wife Elizabeth – settled in Compton. He joined other farmer-investors to found Pomona in 1875, and as its superintendent he did his best to develop the new town. But then Elizabeth died and Pomona failed, so McComas and his third wife Emma (1853-1935), a schoolteacher, left for Compton in 1879 and even spent some time in Arizona. They returned to Pomona in 1882, however, to raise three kids and help the city prosper. A devoted prohibitionist, McComas was elected CA state senator in 1888 and remained locally active until his death. Many streets on this 1946 tract are named for Pomona pioneers: see also Curran Place and Jess, Meserve, Palmer, Smith, and Vejar streets. 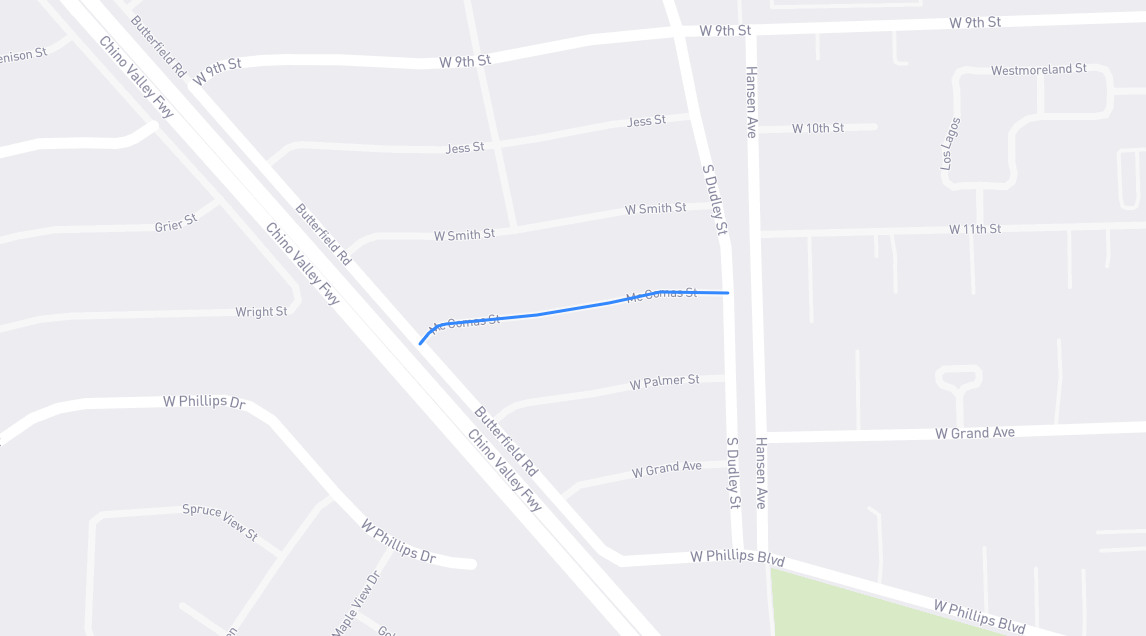