Even the obituary for teacher/lawyer/poet Patrick Charles “P.C.” Tonner (c. 1844-1900) acknowledged a “paucity of definite information” about his life, but it seems he was born in County Armagh, Ireland and immigrated to Philadelphia around 1860. Four years later, he went to Northern California, at which point he began his career in education. (I could confirm that he was teaching in the Monterey area in 1868.) He came to L.A. in 1869, then to the future Pomona by 1871 to teach at its first school. He then obtained a law degree – and lots of land, especially some 3,000 acres purchased with Cyrus Burdick and Francisco Palomares, much of which they sold to the founders of Pomona in 1875. Locals loved P.C. Tonner for establishing Ganesha Park and hated him for his duplicity over water rights. He died of tuberculosis; his widow Mary passed six years later, leaving no children to grieve them. Tonner Drive, which mostly lies within Ganesha Park, was named in 1938. 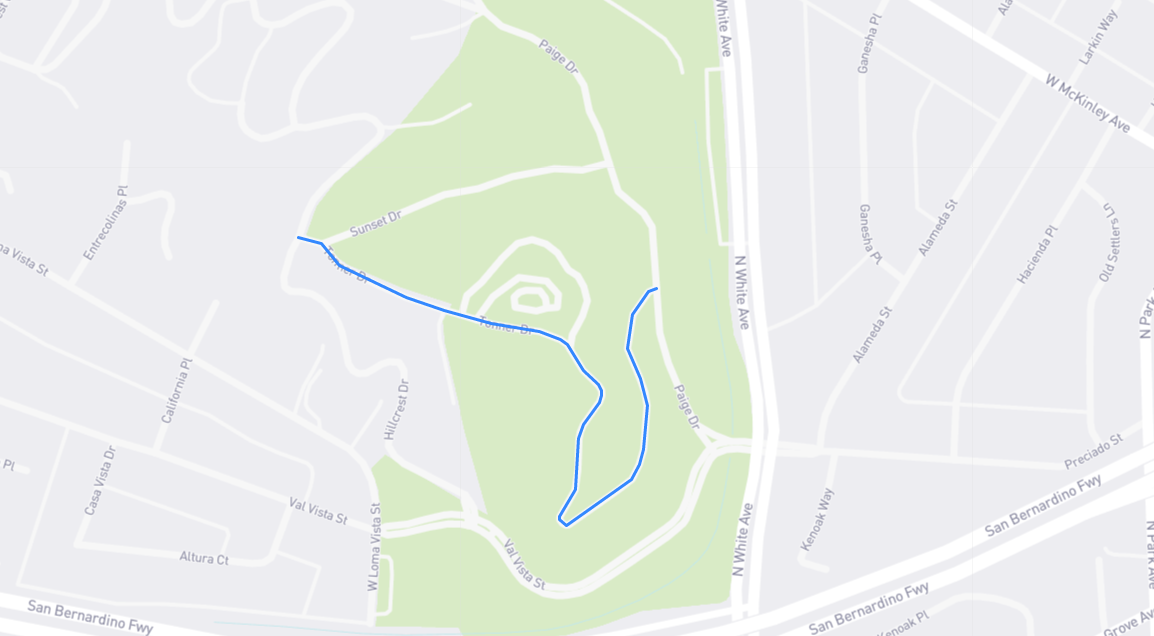