This street was named two decades before Griffith Observatory was even built. In December 1912, Griffith J. Griffith (1850-1919), the Welsh real estate mogul who had donated the land for Griffith Park in 1896, offered a $100,000 Christmas gift to the City of L.A. to construct an observatory at the park. But he was persona non grata at that point, after serving time in San Quentin for shooting his wife Tina in the eye in 1903. (She survived, then divorced him.) So the City stalled him until he died, then took his bequest – which Griffith had raised to $750,000 – and completed the observatory in 1935. Griffith’s cohort William Mead (1862-1927), developer of Hillhurst Park, named this street in 1914 in anticipation of the observatory that neither he nor Griffith would live to see. 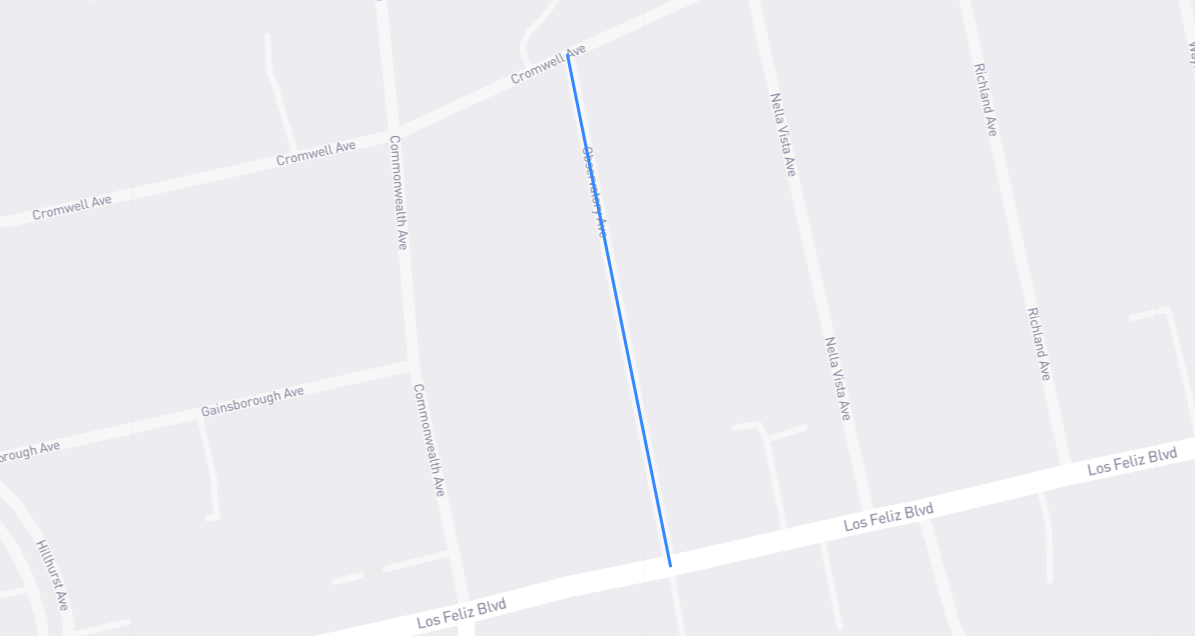