Skip to content
Hillhurst Avenue
Los Feliz
Hillhurst Park, William Mead’s upscale housing development between Los Feliz and Griffith Park, was announced in 1912, and its main drag was Hillhurst Avenue. (Actually, it was called Hillhurst Drive before it was extended south of Los Feliz in 1914, absorbing most of Maubert Avenue.) Mead (1862-1927) was an L.A. water commissioner and president of the City Planning Commission. Naturally, he was also in real estate. Working with his wife Nella (1874-1965), his partner in business and in life, Mead snapped up 532 acres of Los Feliz land in 1910 from Griffith J. Griffith, then laid out the winding streets that lead up to the park. The Meads gave said streets British monikers like Cromwell and Gainsborough, perhaps as a tribute to William’s Bath-born father Jesse, but more likely because they sounded fancy. Harry Chandler soon built his gigantic estate here, which he named – what else? – “Hillhurst”. 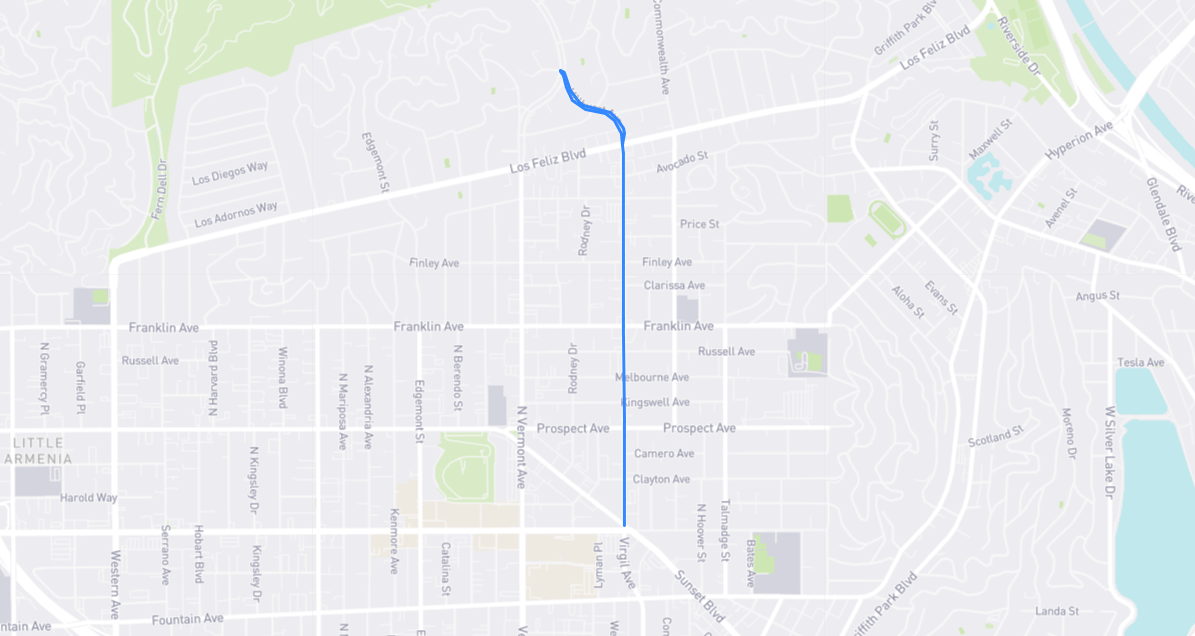