The Occidental Park tract, laid out in early 1910, had two streets named for famous flyboys: Paulhan Avenue for French aviator Louis Paulhan (1883-1963) and Curtiss Avenue for American aviator Glenn Curtiss (1878-1930). (The latter was renamed Corliss Street in 1916, after Los Angeles annexed Eagle Rock; there is a Glenn Curtis Street in Carson. There’s a Paulhan Street there too.) Why were these two particular pilots being honored? Because in January 1910, they were the big stars at the Los Angeles International Aviation Meet, the first major airshow in the U.S. Thousands attended the event, held at Dominguez Hills. Apparently realtor William Alexander Roberts (1862-1930), head of the group that owned Occidental Park (and had donated 75 nearby acres to build Oxy), was just inspired by the aeronauts. He later served on L.A. City Council and the CA State Assembly. 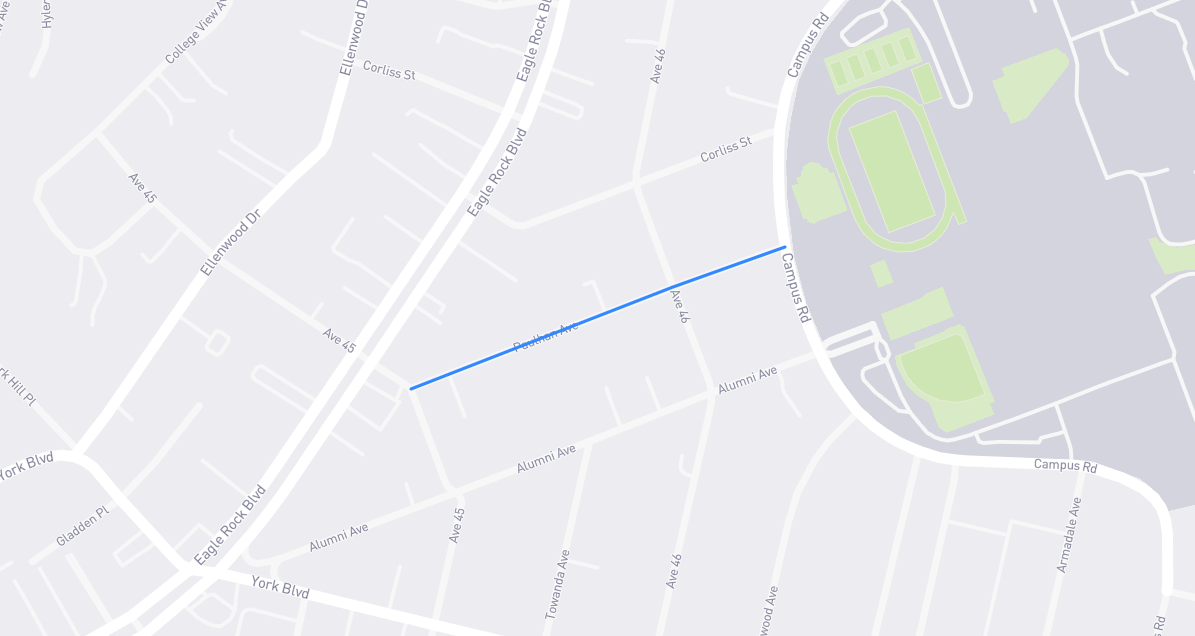