Named for El Monte pioneer George Huntington Peck Sr. (1819-1903) and family. Peck was born in Burlington, VT, where he entered college at the tender age of 14. Although he became a lawyer in his native state, ill health forced the young Peck to seek “water cures” by sailing the high seas on and off until 1849, when he headed to San Francisco. He then spent many years in NorCal dabbling in mining, farming, law, and public education. (It’s said that Peck opened Sacramento’s first public school.) He had two sons with his first wife Sarah (divorced) and two daughters with his second wife Mary. In 1869, the Pecks bought 500 acres north of El Monte – Peck Road was probably named by 1879, definitely by 1886 – and specialized in growing flax seeds and castor beans. Peck was also very active in local education and even served as L.A. County superintendent of schools from 1874 until 1876. His son George Jr. would meet with even greater success as developer of San Pedro and Manhattan Beach: see Peck Avenue for his story. 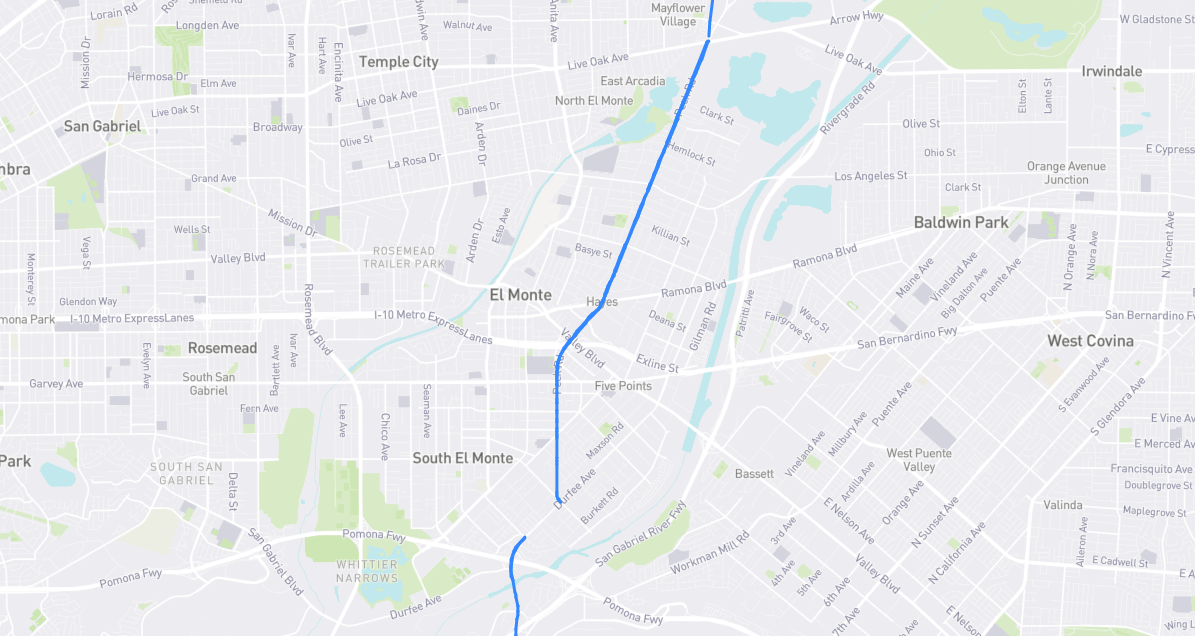