George Huntington Peck Jr. (1856-1940) almost single-handedly made a city out of San Pedro. Born in San Francisco, Peck came to SoCal in 1869 with his family, who became prominent citizens of rural El Monte. (See that city’s Peck Road for some background.) In 1882, Peck was working as a conductor on the Southern Pacific Railroad’s Los Angeles–San Pedro line. He fell in love with the twice-divorced Olive Liddell (née Mitchell, 1852-1914), the SPRR’s station agent at Compton, and they married in 1884; he adopted her son William and they had three additional kids together. Peck also fell in love with San Pedro during this time: he saw much promise in the little port village and started buying up land here in 1885. Within a few years, he effectively owned the whole damn town, financing his purchases from the Bank of San Pedro, which Peck himself had founded in 1888 with William G. Kerckhoff. After building hundreds of homes and entire business districts, Peck gifted San Pedro with nearly 100 acres of parks – Peck Park, naturally, but also Leland, Alma, and Rena Parks, named for his children. (He also sold Point Fermin Park to the City of L.A. in 1923.) Peck, who left San Pedro for West Adams in 1913, also cofounded Manhattan Beach: see that city’s own Peck Avenue for the rest of the story. 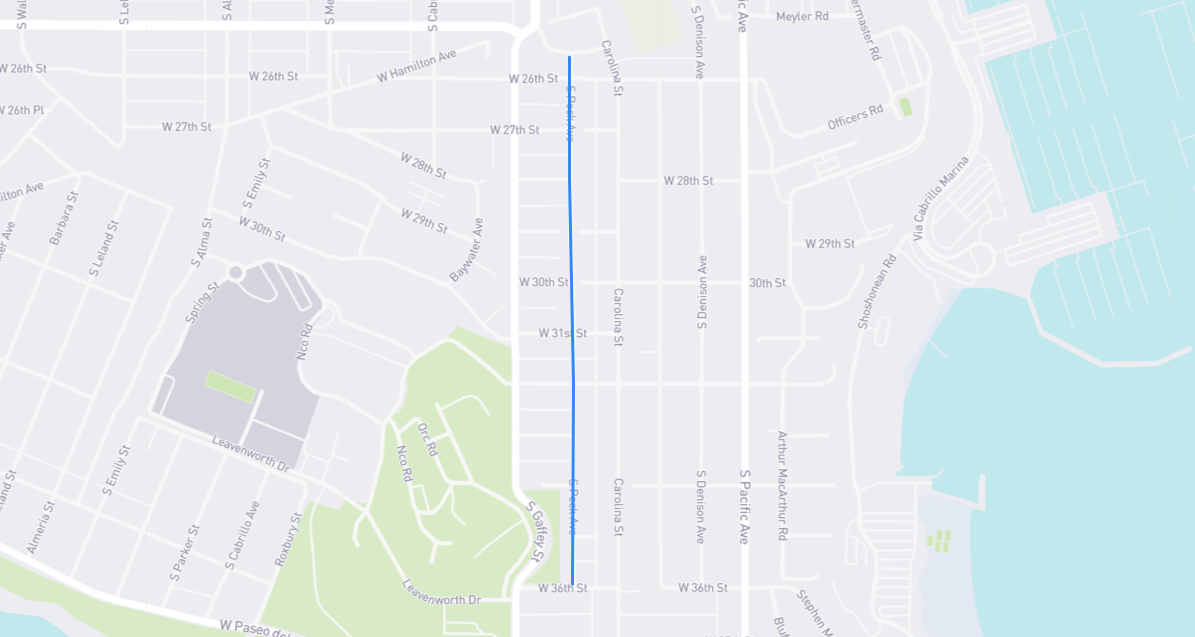