This street’s etymology is opaque. The most likely inspiration is Pen Mar Park, a Gilded Age resort that was located at the PENnsylvania and MARyland border. (Get it?) Penmar Avenue was named in 1905 on the Walgrove tract. Two men associated with the tract provide us with Pennsylvania and Maryland connections: R.A. Phillips from Pittsburgh and Wilmot Griffiss from Baltimore. Yet I’m hesitant to credit either for this street name, as the folks who really owned and managed the tract were Venice real estate agent Louella Sibley and future Santa Monica mayor Thomas Dudley, neither of whom had any ties to that part of the country. If we’re looking at other possible portmanteaux, the “mar” could have come from the Spanish word for “sea” or from Mary James, wife of tract surveyor Thomas H. James, but I found nothing and no one who could have provided the “Pen” part. 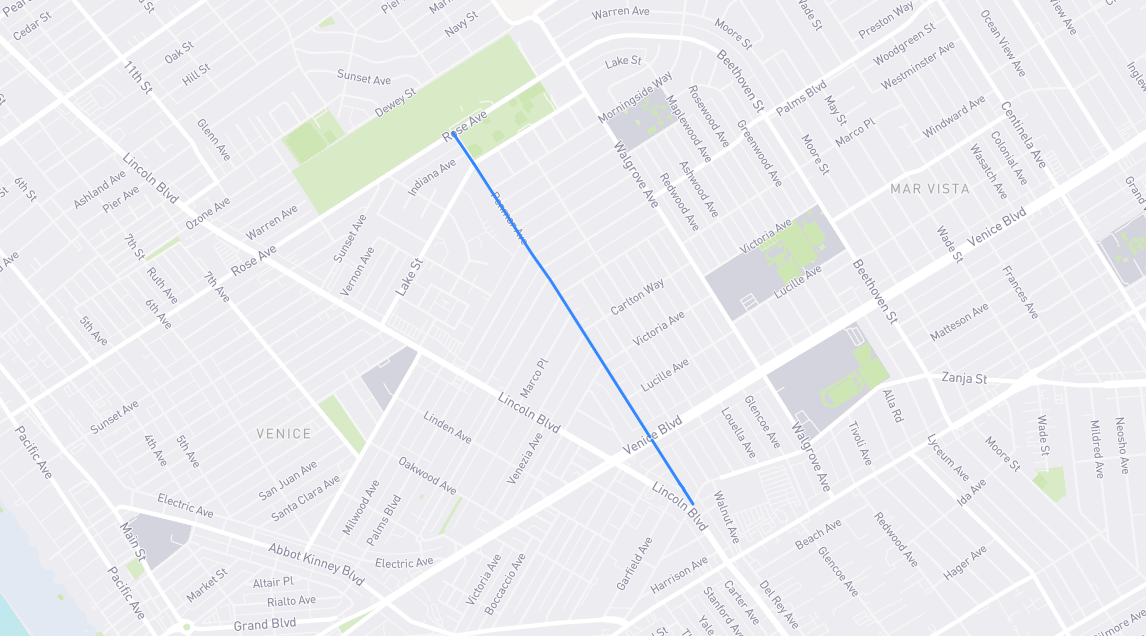