This commuters’ shortcut over the 101 was constructed in 1940. It’s named for the Pilgrimage Theatre, which opened east of the bridge in 1920. The theater was designed for The Pilgrimage Play, a religious spectacle written and produced by Philadelphia heiress Christine Wetherill Stevenson (1878-1922). Stevenson had cofounded what would become the Hollywood Bowl, but when her colleagues began talk of secular shows, she bought 29 acres on the opposite side of the Cahuenga Pass and built her own venue there. The Pilgrimage Play was a summertime ritual for over four decades, even after the original theater burned down in 1929. Rebuilt in concrete and reopened in 1931, the venue was rechristened the John Anson Ford Theatre in 1976 to honor an L.A. County Supervisor. The giant cross on the hill above the theater was first erected in 1923 in Stevenson’s memory. It was resurrected in 1993. 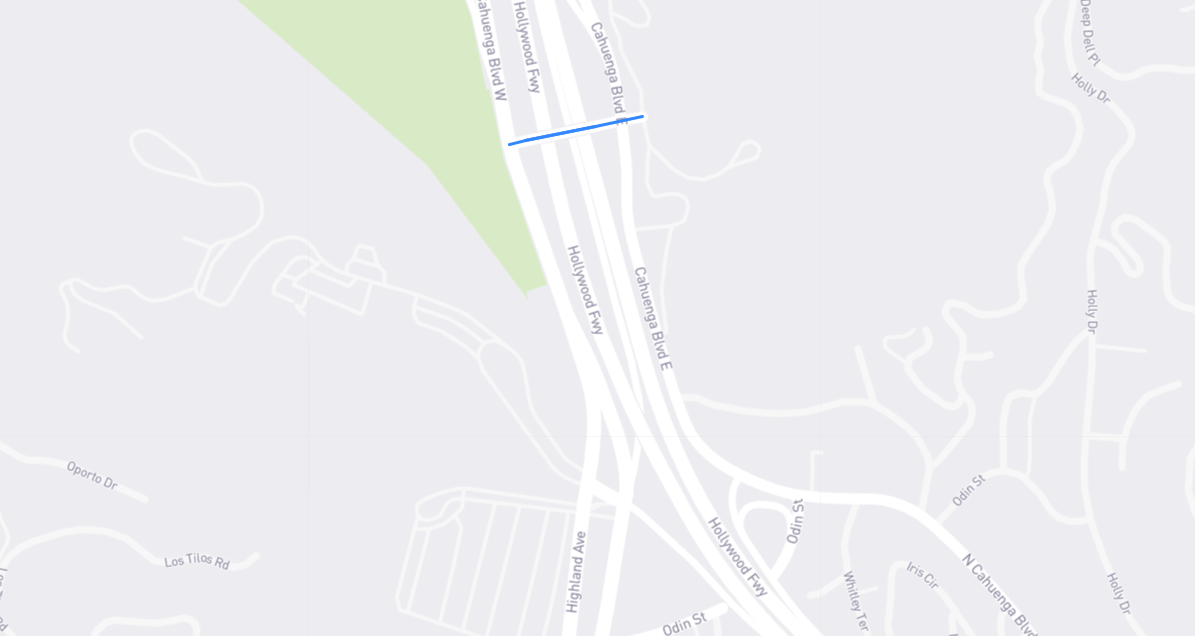