Named for Laffit Pincay Jr. (1946-), once the winningest jockey in horse racing. Born in Panama City, Panama, Pincay learned the trade from his jockey father. He first rode in the U.S. in 1966 and quickly rose to the top of his field. Pincay retired in 2003; a portion of 90th Street was named in his honor later that year. Now abutting the SoFi Stadium complex, Pincay Drive marks the former location of the Hollywood Park racetrack, which opened in 1938 and closed in 2013. Pincay won nine Hollywood Gold Cups there, more than any other jockey. 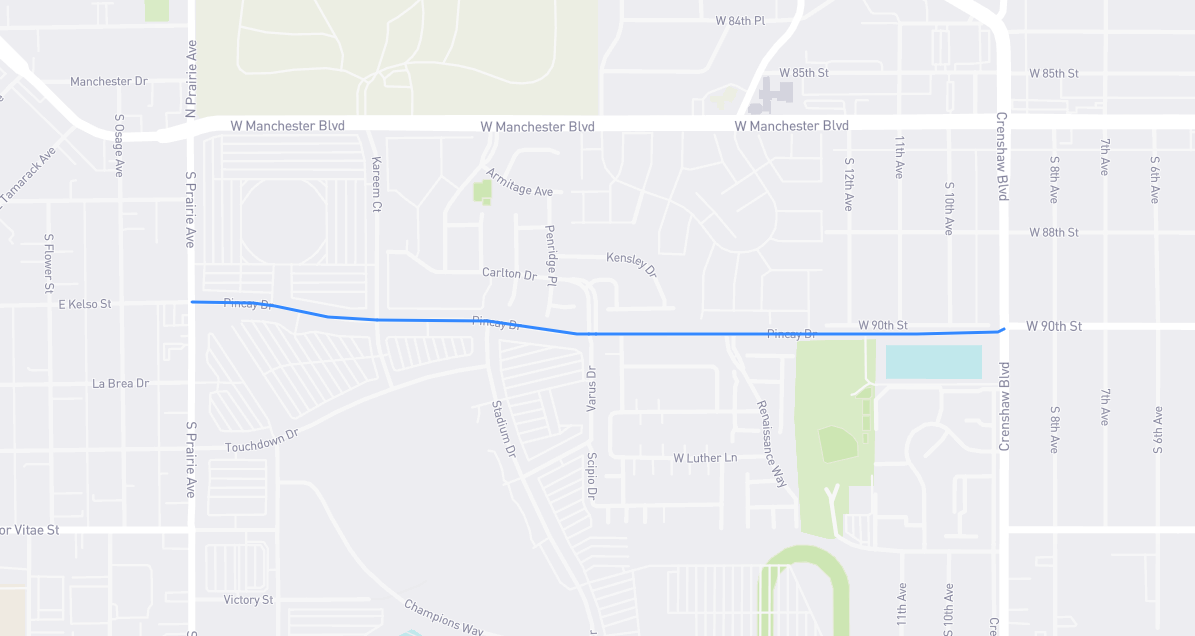